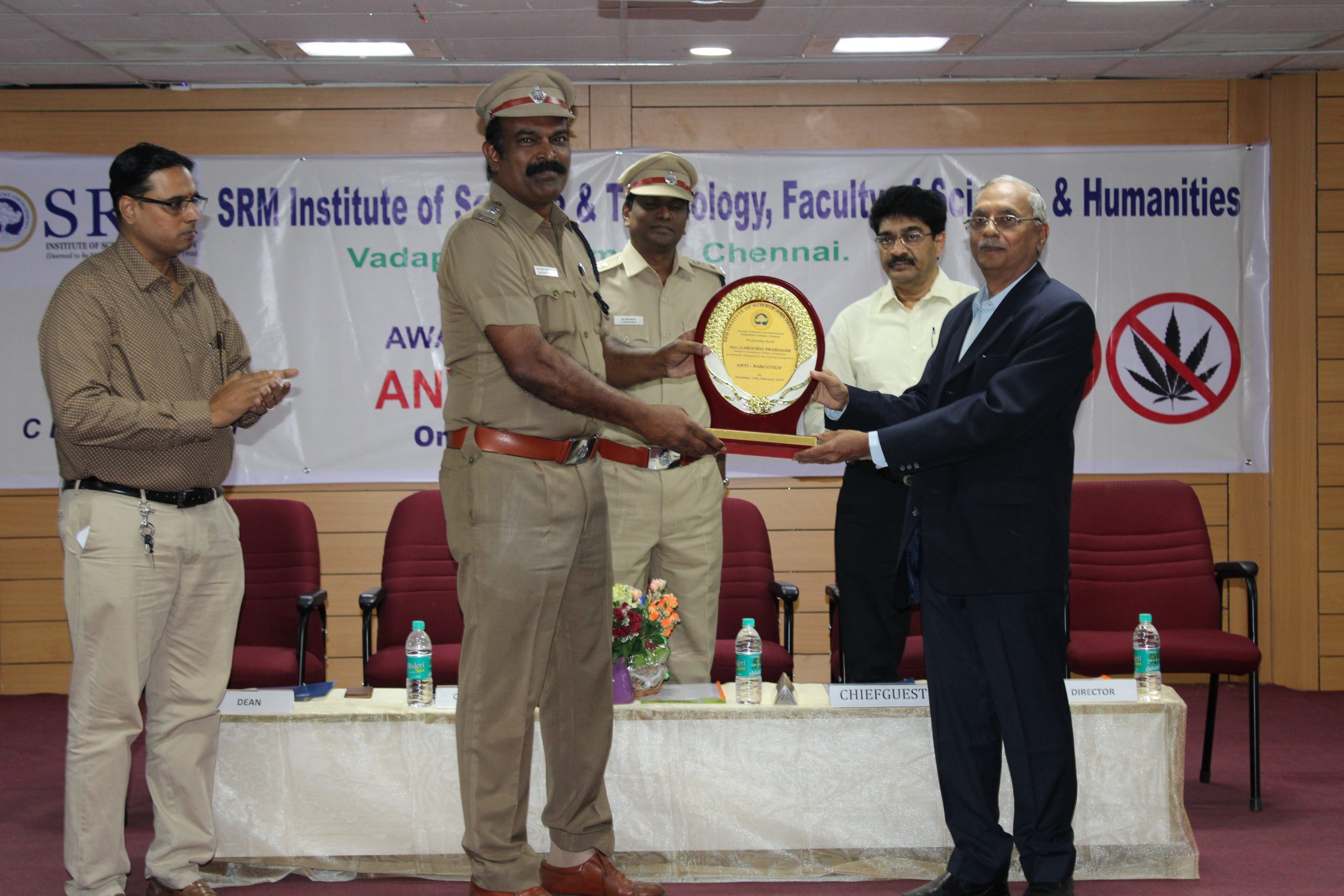 As an initiative to create awareness among the 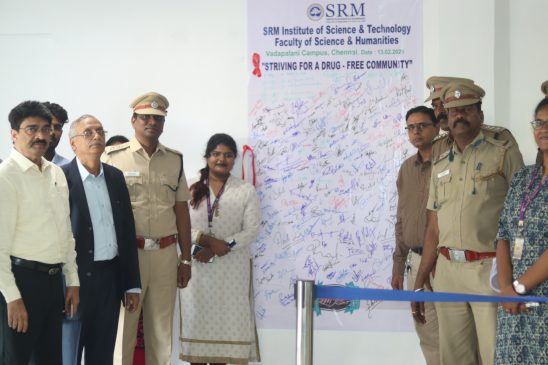 younger generation about “Say No to Drugs” the
SRM Institute of Science and Technology and Faculty of Science and Humanities,Vadapalani
Campus, Chennai have organized an awareness program on Anti-Narcotics on 13th February
2020 in the college premises. The Deputy Commissioner of Police, T-Nagar,Shri.D.Ashok
Kumar and the Assistant Commissioner of Police,Vadapalani ,Shri.J. ArockiaPrakasam have
emphasized the aftermath of drug addictive disorder and how to get way with those obnoxious
behaviors. Mr. Thompson, Inspector of Police , R-11 Police station,Ramapuram has explained
the repercussions of the drug addiction by displaying objects and material through which the
drugs are being circulated among the younger generation. Dr.J.Chandrakumar IAS, Director,
SRM honored the chief guests of the day. Following the welcome note of .K.R.
AnanthaPadmanaban, the Dean, Dr.K.Subburam , Director, Academics , Vadapalani Campus
presided over the function, who stressed upon the psychoactive drug and its control over the
immune system.
Following the initiative, a motivational poem was recited and the students who have won in the
drawing competition held for anti-narcotics were awarded. The programme ended with students
taking pledge against drug addiction and signature campaign.