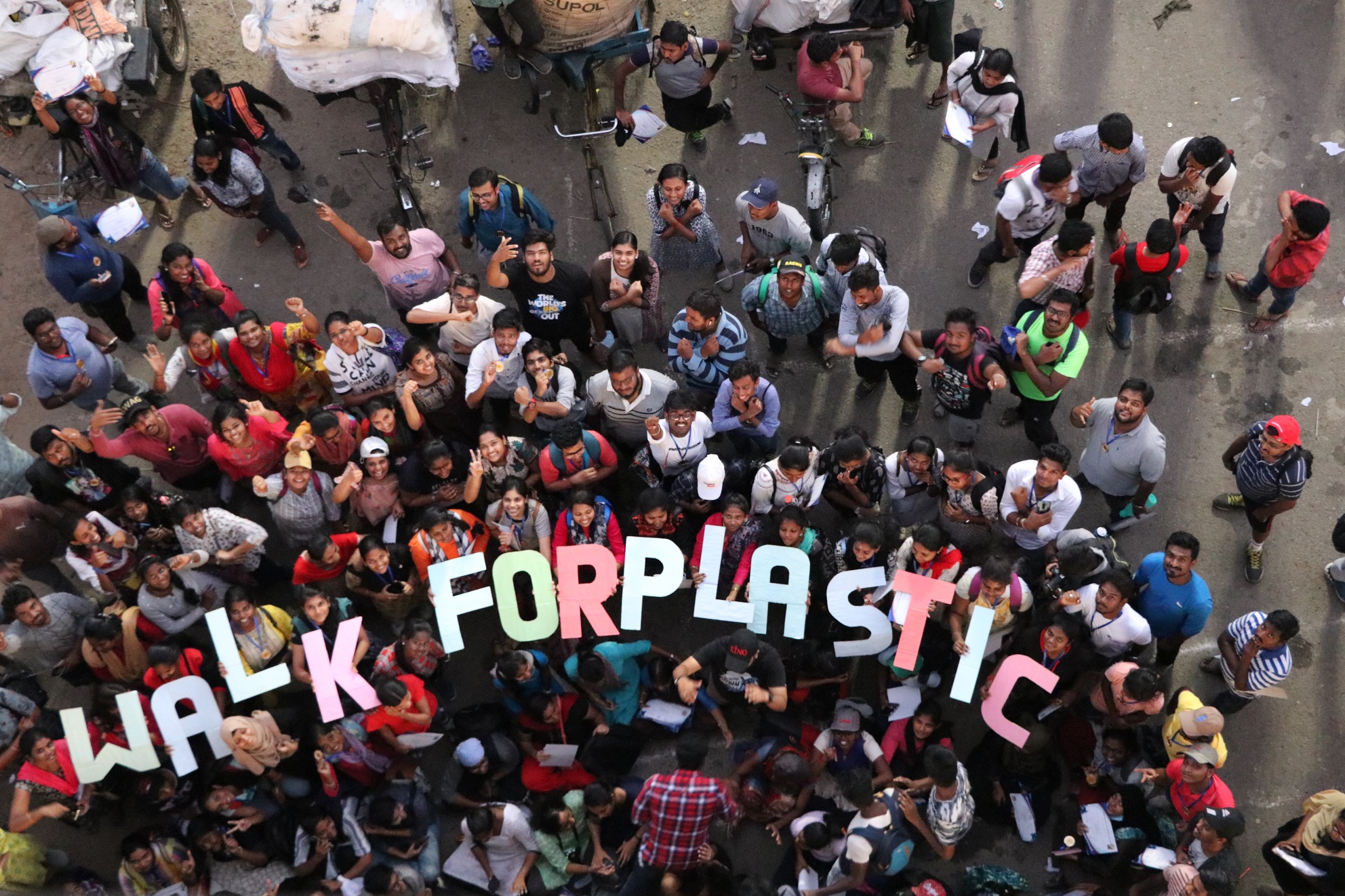 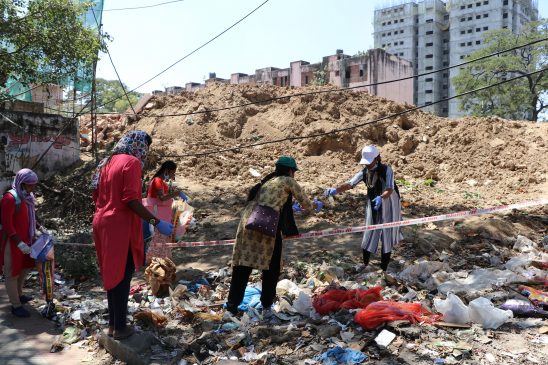 i) MORE THAN 300 YOUNGSTERS COME TOGETHER TO ERADICTE PLASTIC WASTES, ENTERING INTO TRIUMPH WORLD RECORD.
ii) WORLD’S LONGEST WALKATHON – ‘PAYANAM 75’ CREATES A TRIUMPH WORLD RECORD
16th February 2020, Chennai: “PAYANAM 75” by ‘Walk for plastics’ is the World’s Longest Walkathon which aimed at collecting the littered recyclable plastics and creating social awareness for a litter-free city.
A movement that was started towards creating a better world has now become yet another milestone by youngsters. The initiative of #WalkForPlastics primarily, was aimed at spreading awareness about plastic recycling started with just 10 volunteers but now, more than 500 volunteers from all over the world have come together to  create a record on its 238th day.
Till date, Walk for plastic has recycled over 7 tons of reusable plastics in 237 days, amounting up to Rs. 45,000/- collected by recycling these plastic wastes. Approximately 1 lakh sq. ft. of landfill area has been accommodated for this activity. The funds raised is entirely used for educating the rag picker’s children &  provide them with their other educational needs. Payanam is a major initiative by ‘Walk for plastic’ is to create public awareness simply by getting into action without any slogans or placards.
Today, #walk_for_plastics successfully entered the 238th day with Payanam-75 covering 75 km in major parts of the city. The first set of volunteers began their journey for the big day from the Art Kingdom, Villivakkam along with Gowtham. B, the Founder of ‘Walk for plastics’ at 10:30 AM, reaching Kathipara Junction at 5:30PM via Thirumangalam – Koyambedu – Vadapalani – Ekkatuthangal. Simultaneously, volunteers from other parts of the city had gathered at four major locations like Tambaram, Poonamallee, Shollinganallur and Anna Square and completed their journey at Kathipara Junction.
At dusk, more than 300 volunteers had assembled to pull off the ‘World’s Longest Walkathon’ – A Walk for the betterment of Mother Earth. Zonal Officer of Chennai City Corporation – Mr. Murugan H (Zone 12) graced the occasion with his presence and appreciated their efforts taken. He further encouraged them to work towards creating a litter-free city. In his words, “Payanam-75  is one-of-a-kind initiative across the world to make our surroundings a better place to live in. A social change is possible only when the youth show interest and take it up as a challenge in solving a problem. I am happy to see the wonderful response this initiative has received and I congratulate each and every citizen who has volunteered and contributed.”
Other socialites like Actor Kumaran Thangarajan, Model/Actress Pradaini Surva and RJ Vijay also contributed their part in creating a cleaner environment. The 75-km walk involved over 300 volunteers and had collected approximately 500 kgs of plastics. The collected, recyclable plastics were handed over to the Greater Chennai Corporation for the welfare of sanitary workers.  Finally, the most-awaited moment for the team had arrived when the walkathon was declared and awarded as the “WORLD’S LONGEST WALKATHON” and had made its entry into the Triumph World Records.
The organiser & founder of the initiative ‘Walk for Plastics’, Artist Gowtham B says that, “The vision is to create a litter-free sensible world, where waste management could be understood easily thus protecting the nature by all means and to create a world with good human values and high civic sense. I whole-heartedly, thank each and every soul who has contributed in making this initiative a big success.”