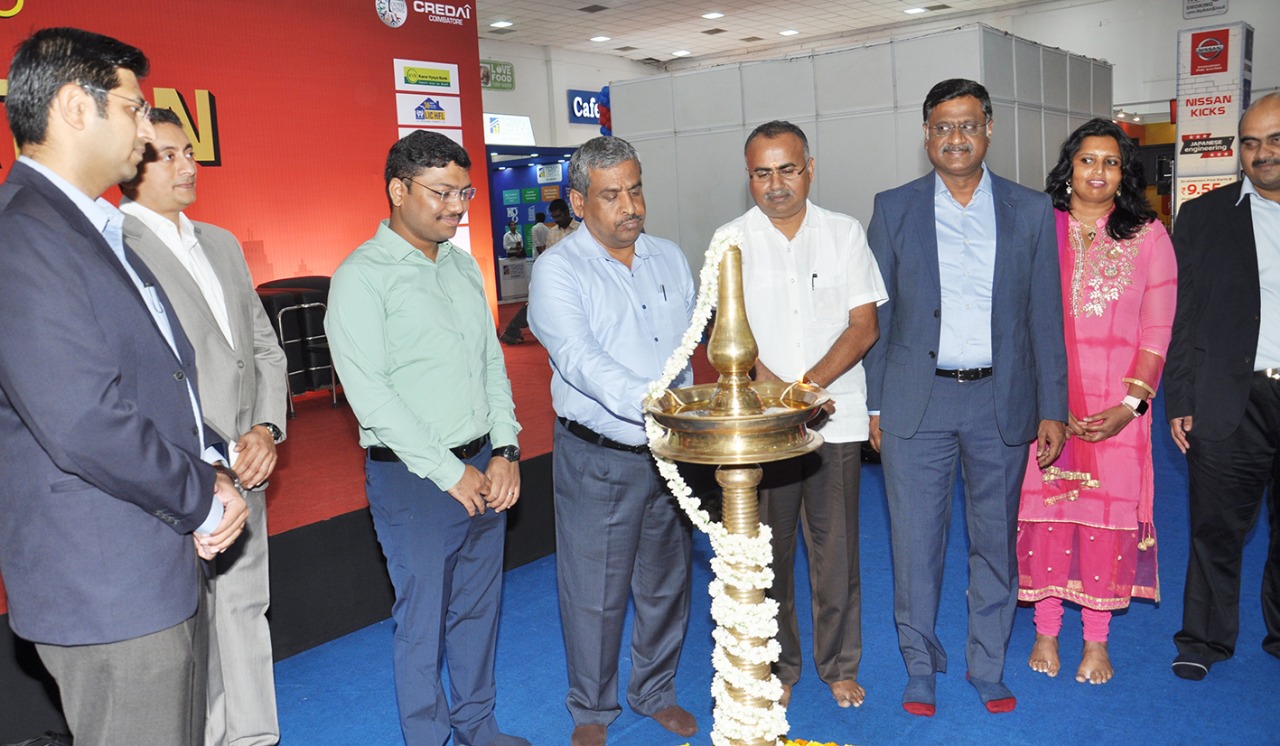 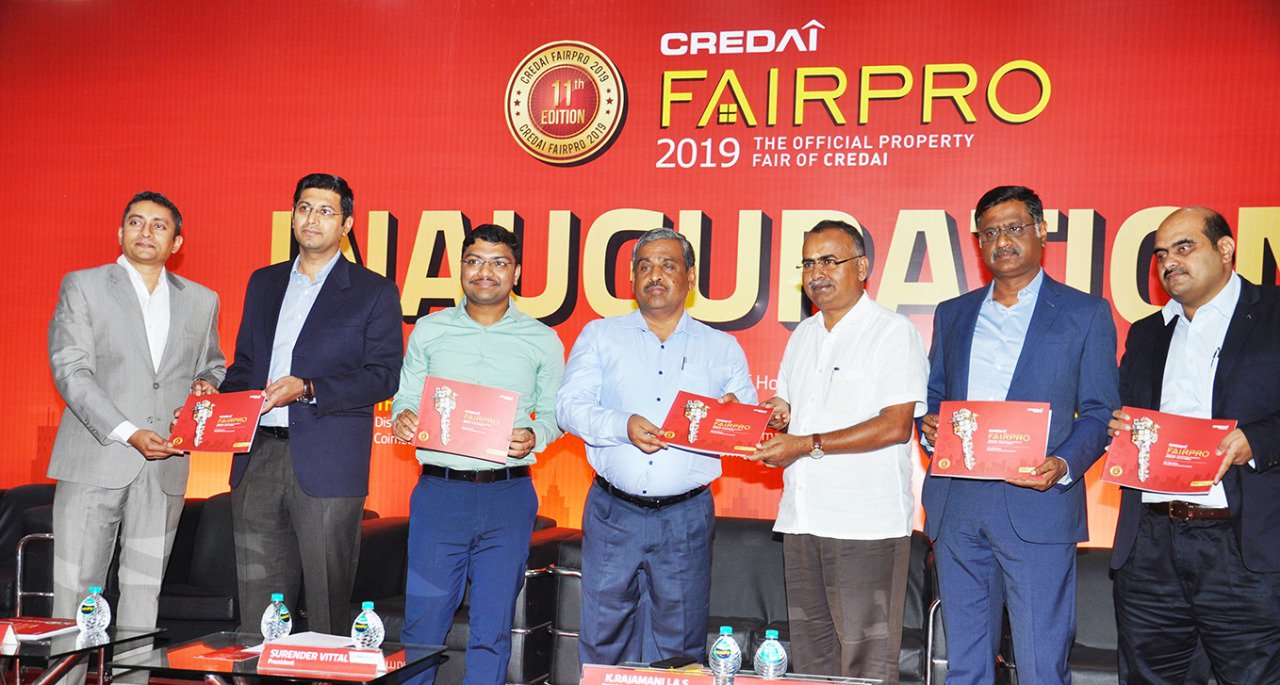 CREDAI Fairpro 2019 Coimbatore’s Premier Property Fair was inaugurated at CODISSIA Hall, Avinashi Road, Coimbatore. The Fair which is open from 10.00 am to 8.00 pm is to conclude on 15.9.19. Welcoming the gathering, Surender Vittel, President, CREDAI Coimbatore spoke of the various efforts being taken by CREDAI for the development of the real estate industry. Programmes are being organised to create awareness on various regulations relating to the construction industry. The recent efforts by the Government such as RERA augurs well for the home buyers as well as developers. FairPro 2019 with 100 plus projects offers an excellent opportunity for home buyers to choose their dream home from reputed developers.
Giving a report on FairPro 2019 D. Abhishek, Chairman – FAIRPRO said that over the years the Fair has been growing from strength to strength. FairPro provides an excellent platform for developers, banks and home buyers. Developers are showcasing Homes from Rs. 8 lakhs to 5 crores at the Fair. The decrease in interest on home loan rates is expected to give a boost to sales this year. Gouthaman, President CREDAI Tamilnadu, spoke of how developers have to follow stringent norms to become a member of CREDAI. This gives an added confidence to the home buyers.
Presiding over the inaugural function of the Fair, K.Rajamani I.A.S. Dist. Collector, Coimbatore said, Coimbatore which has been identified as a smart city is also becoming a beautiful city. Coimbatore has been chosen as the pilot project for several state and central government projects. It is important that people in the construction field remove debris in an orderly way without causing any environmental hazard. Coimbatore is in the foothills of Western Ghats and construction industry should act with great responsibility to ensure that no harm is done to the environment. A lot of focus is being given on rain water harvesting schemes to benefit the people, he added.
J. Sravan Kumar I.A.S., Commissioner, Coimbatore Corporation who was the guest of honour stated that various government schemes to the extent of Rs. 10,000 crores are being executed in Coimbatore. These include drinking water supply schemes, flyovers and other infrastructure projects. He said that efforts being made to give a better experience for people when they deal with the Corporation through the online process. Anbarasan, Social Activist and Chairman, Nallaram Trust spoke of the need of rain water harvesting in every house. Rajiv Ramaswamy, Secretary CREDAI Coimbatore proposed vote of thanks.
Speaking on the occasion, P. Anbarasan, Social Activist and Founder and Chairman, Nallaram Trust said “the Rain Water harvesting would be inevitable in the coming years. The builders should make it point to adapt to Rain Water Harvesting methods. People should construct houses in such a way that the water from the house is recycled for use.” he said.
K. Rajamani, Coimbatore District Collector launched the Fairpro 2019 Expo Directory and P. Anbarasan received the first copy.