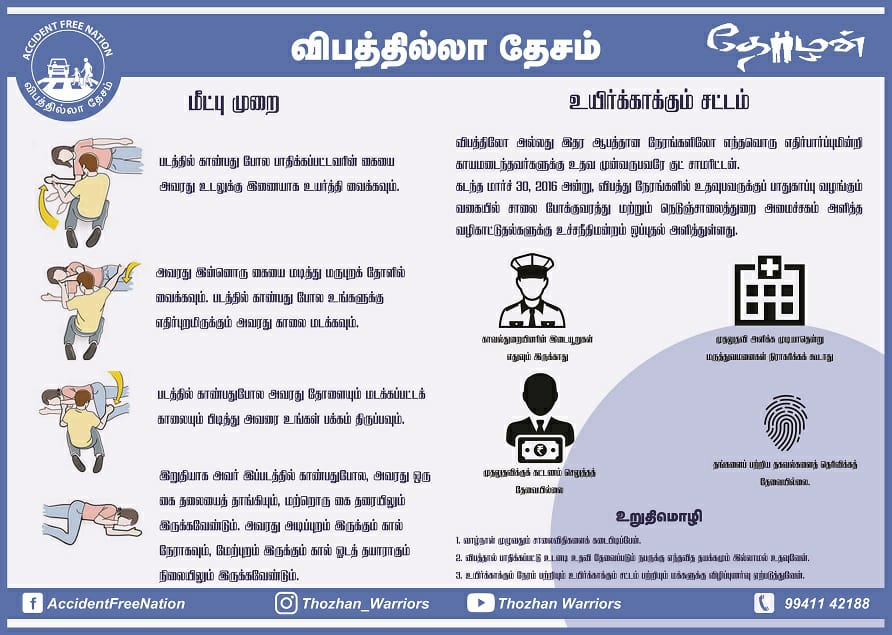 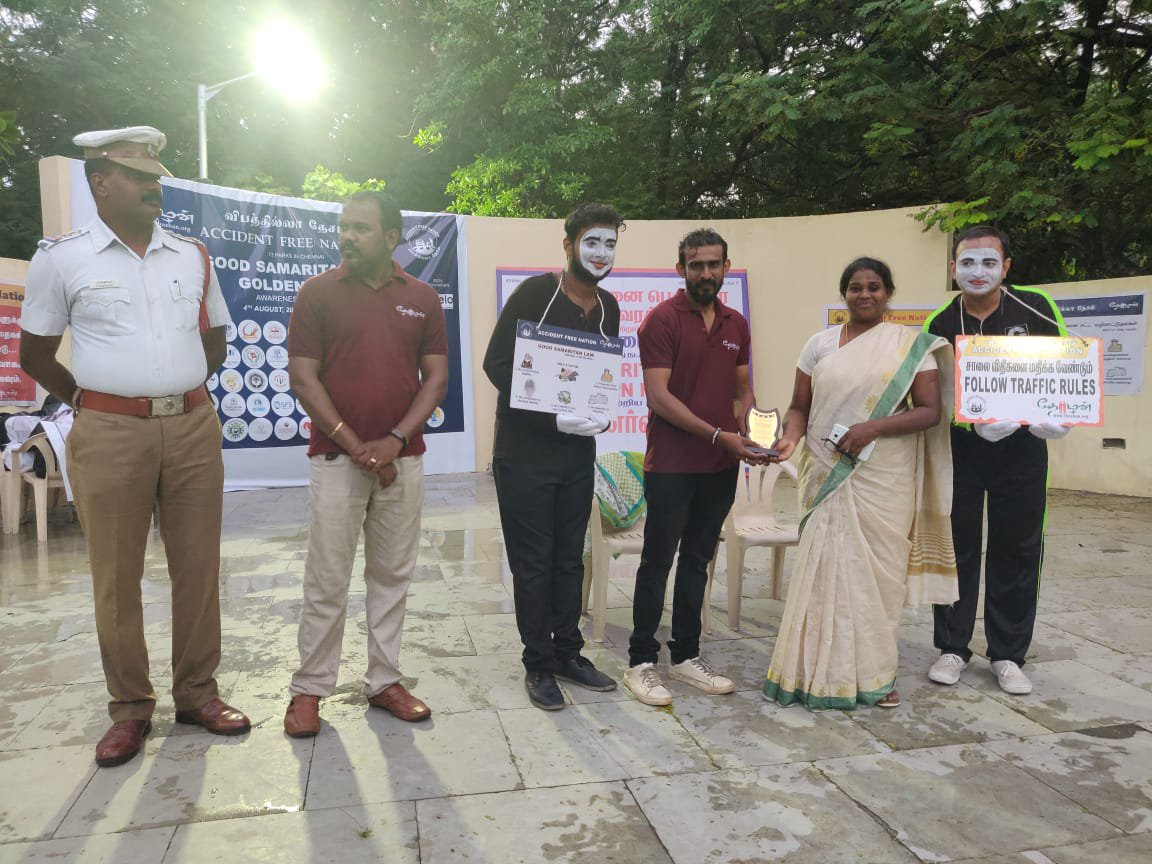 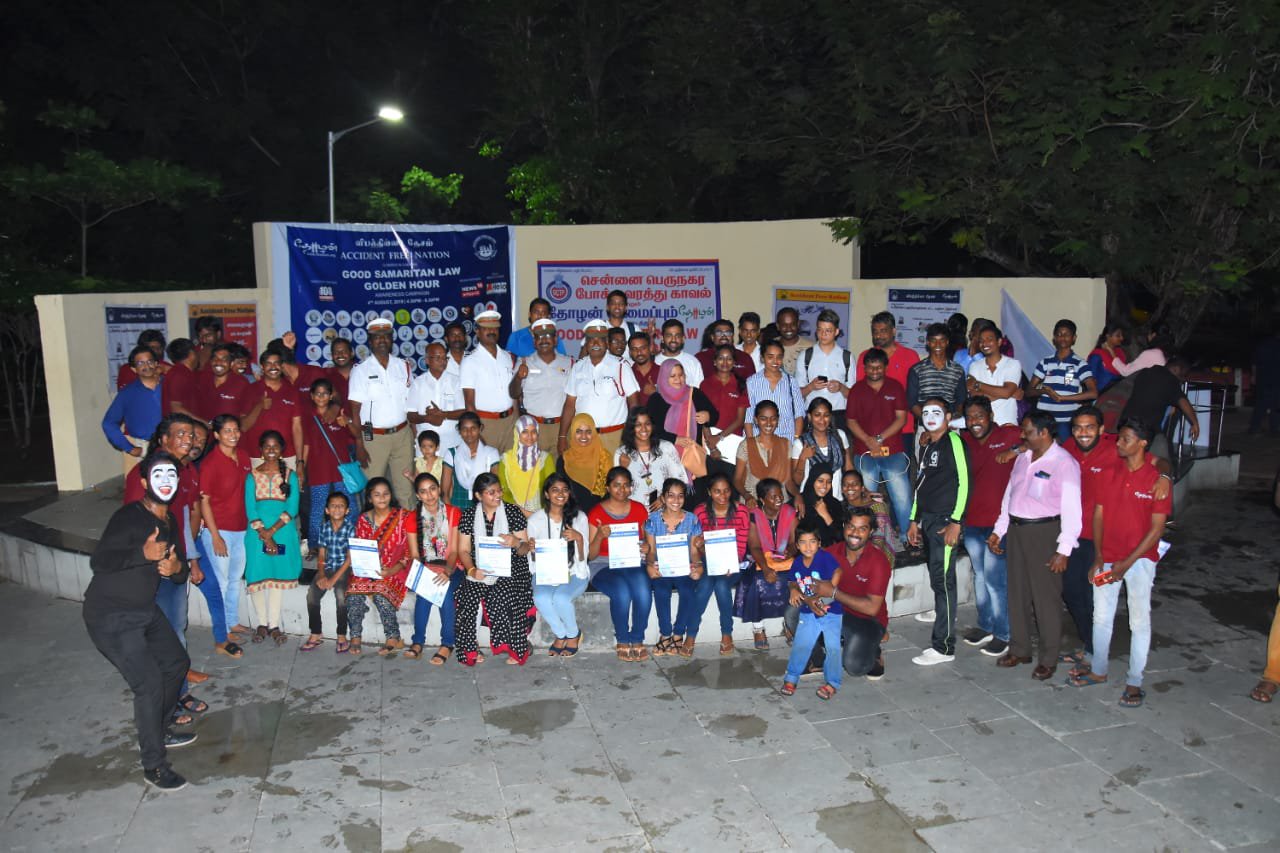 Awareness about the Good Samaritan law and the steps to do during the golden hour after the accident, has been conveyed to the public at all the 83 locations simultaneously. 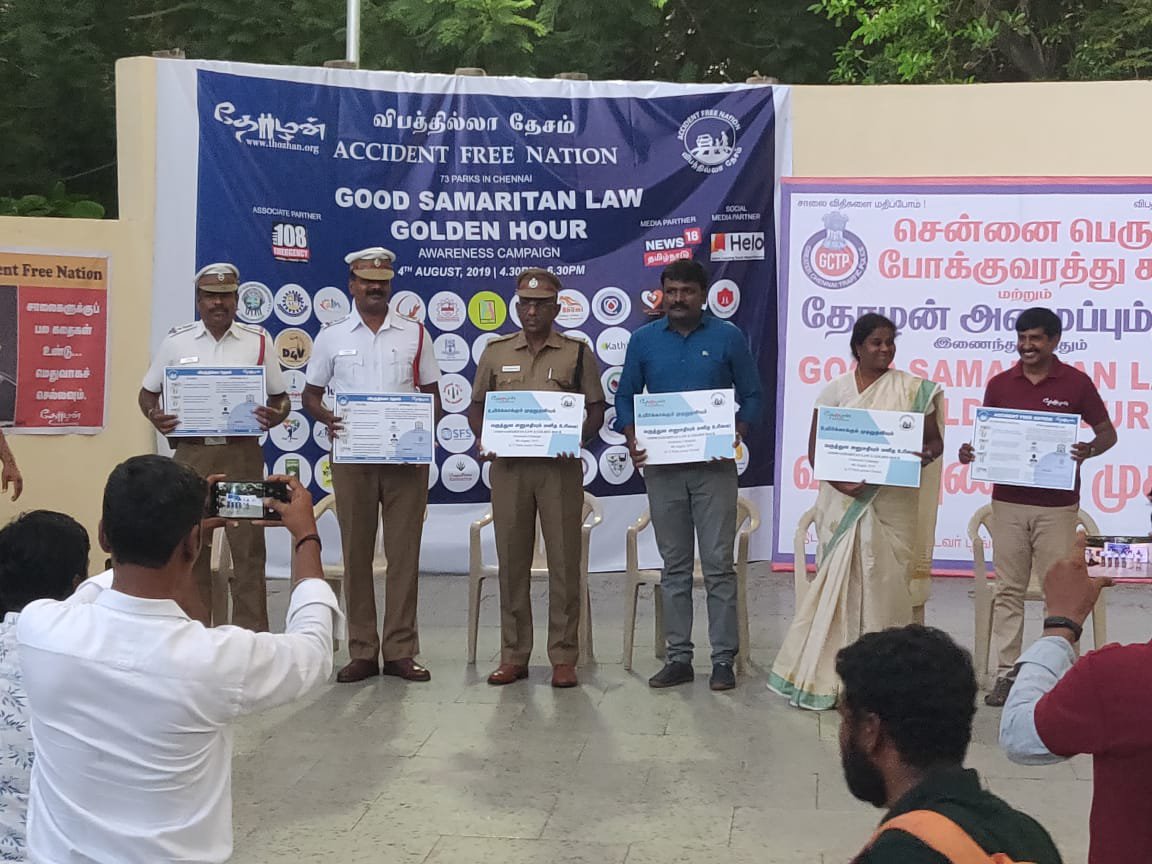 Event was kicked off at Anna Nagar Tower Park by Dr.I.Jayanthi, Metropolitan Magistrate and Mr.Surendranath, Assistant Commissioner of Police, Anna Nagar (Traffic). Dr. Jayanthi spoke on the importance of Traffic Awareness and assured the Public that Legal Services that she’s part of is for all help to the common man. The public was enthusiastic and continued to support us despite heavy rains. Though the event was stopped for about 15 minutes, Thozhan Volunteers, Dr.Jayanthi & the Public continued from where we stopped and ensured that they saved a few thousands lives through Awareness. 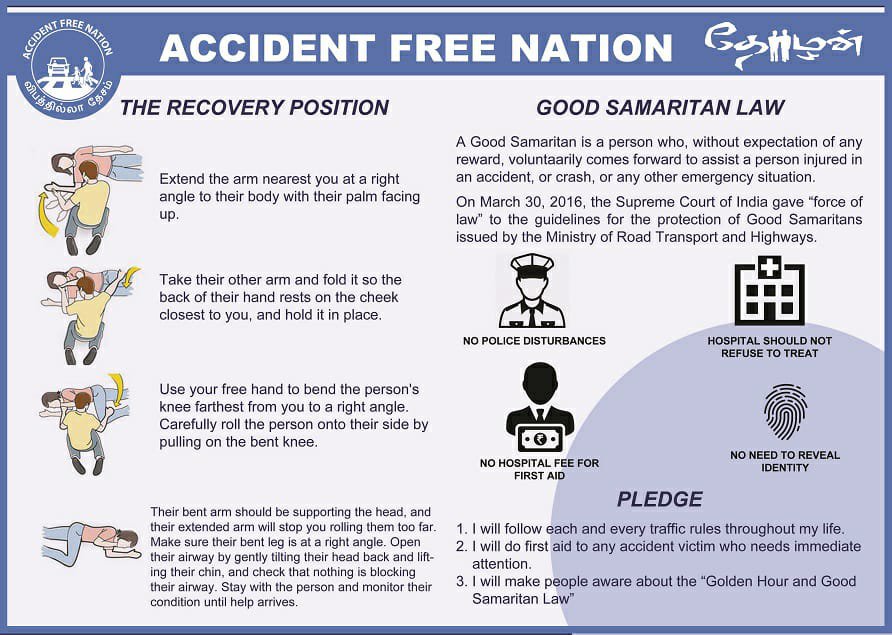 Overall, 2500 volunteers including 83 Golden hour response trainers participated in the mass event held across 83 parks and carried the messages to the public. Pamphlets with information about Good Samaritan law and First aid training has been released in the event and 50,000 pamphlets distributed to public across Chennai.

· 80% of road accident victims in India i.e.,1,66,041 persons/year, do not receive any emergency medical care within the critical first hour after an accident. (Study by the Indian Journal of Surgery – 2006)

· According to the Law Commission of India, 50% fatalities can be averted if victims get even basic care on time. That’s more than 83,000 lives!

People received the awareness message well and appreciated the volunteers. Hope this initiative will create more Good Samaritans and reduce the no of deaths due to accidents.