May 10, 2022 all areas sold out, Ipix Entertainment acquires international rights of Sivakarthikeyan-starrer Don 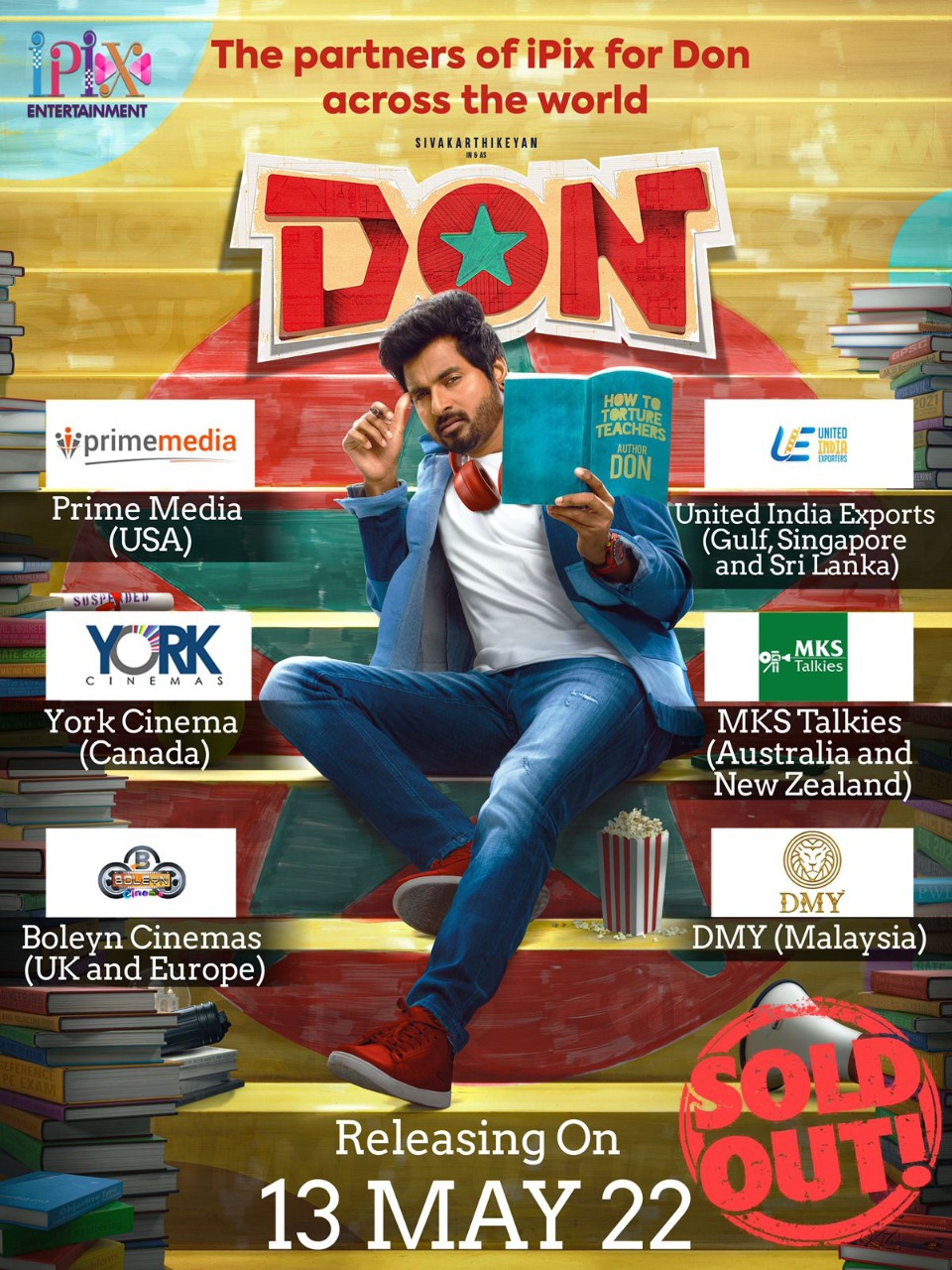 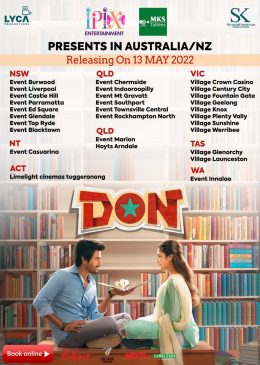 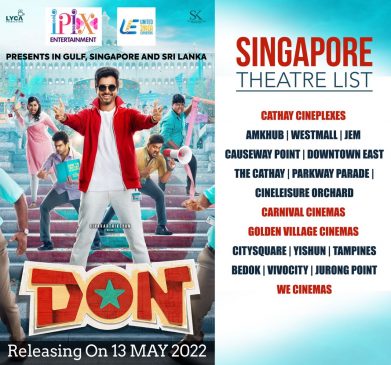 Ipix Entertainment LLC USA, one of the leading overseas distributors of Indian films, has acquired the release rights of Sivakarthikeyan-starrer Don, produced by Lyca Productions, for entire world except India.

Ipix Entertainment has announced that all areas have been sold out and there will be premier shows in some parts of the world on the night of May 12, 2022, ahead of the film’s theatrical release on May 13.

Ipix Entertainment has thanked Mr Subaskaran, Mr GKM Tamil Kumaran and Mr Veera of Lyca Productions for giving them the international distribution rights of Don, one of the much awaited movies of the season.

Written and directed by Cibi Chakaravarthi in his directorial debut, Don starring Sivakarthikeyan in the lead has Priyanka Arul Mohan, S J Suryah, Samuthirakani and Soori appearing in pivotal roles. It features music composed by Anirudh Ravichander, with cinematography and editing by K M Bhaskaran and Nagooran, respectively.