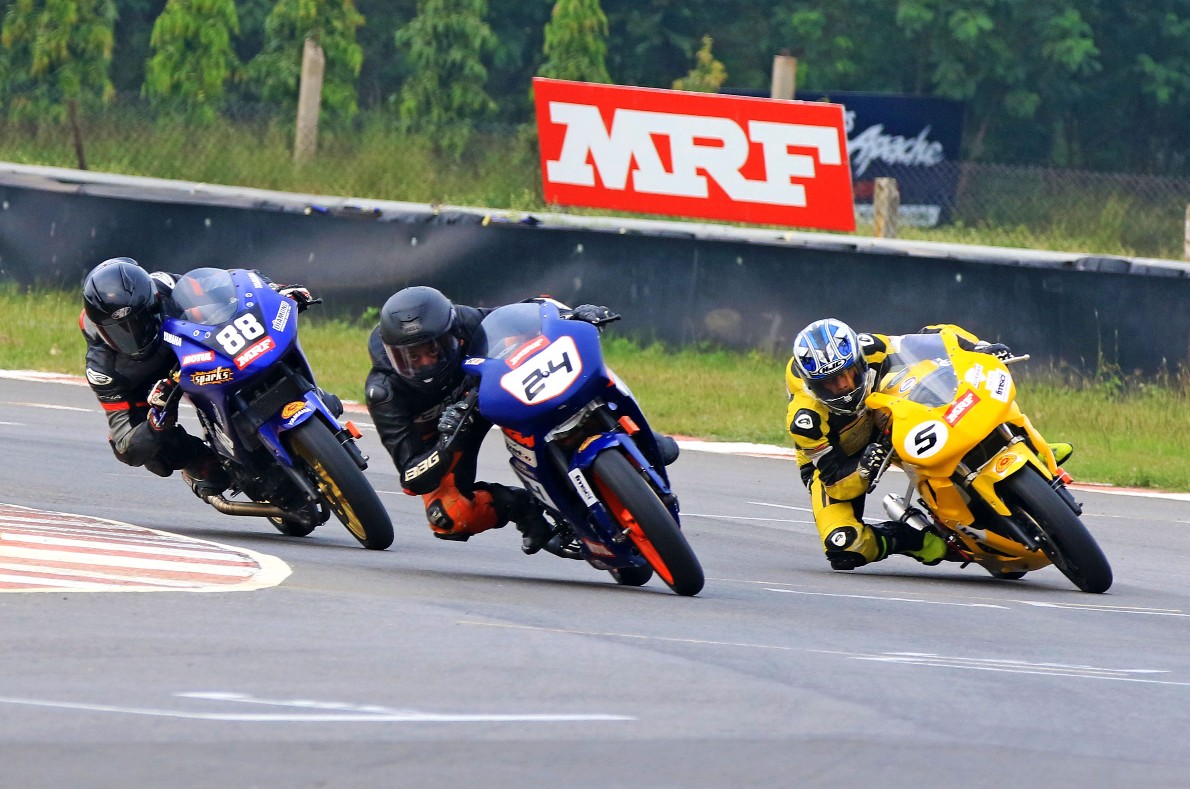 The 2019 season of the MRF MMSC fmsci Indian National
Motorcycle Racing Championship, commencing at the Kari Motor Speedway here on
Friday, June 7, will move up a couple of notches in quality and competitiveness with
country’s leading 2-wheeler manufacturers Honda and TVS, playing key roles in the
process. 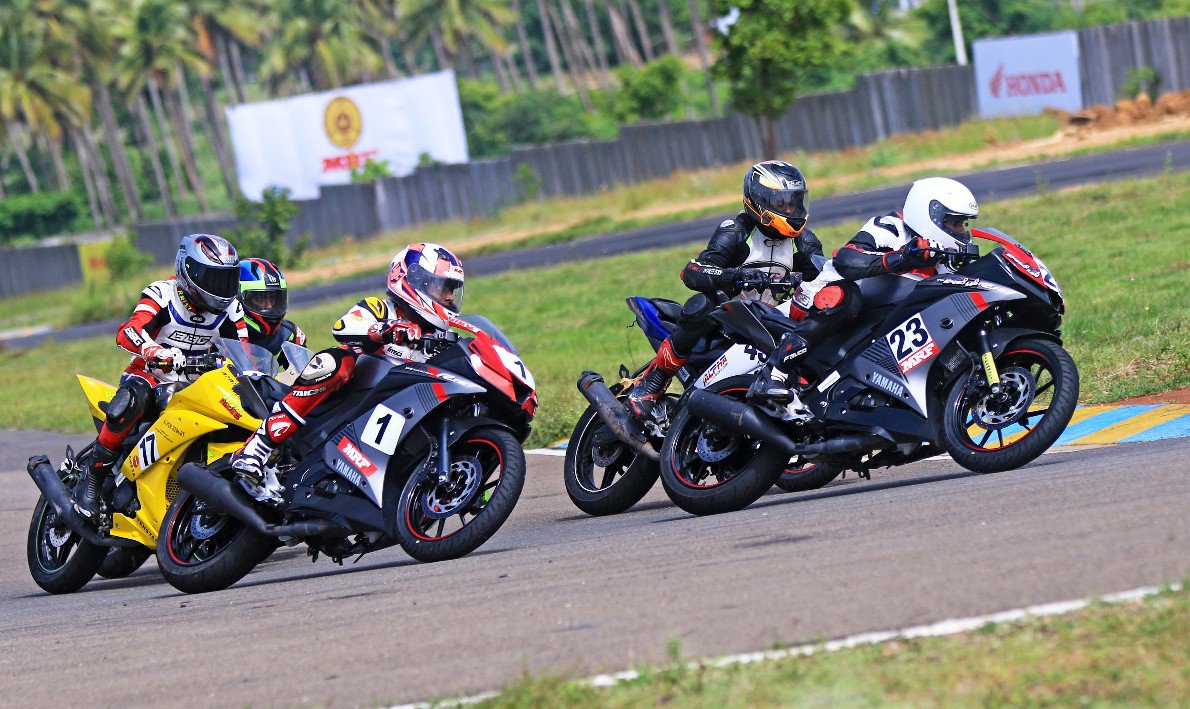 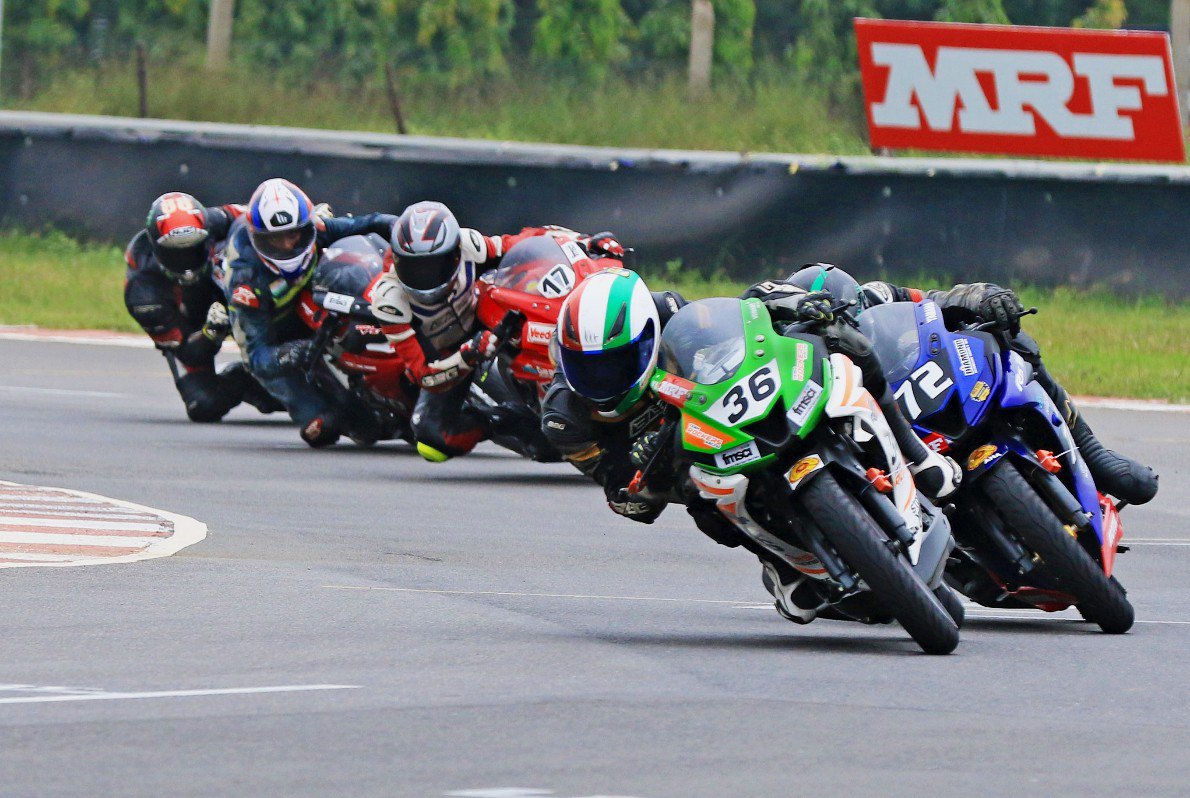 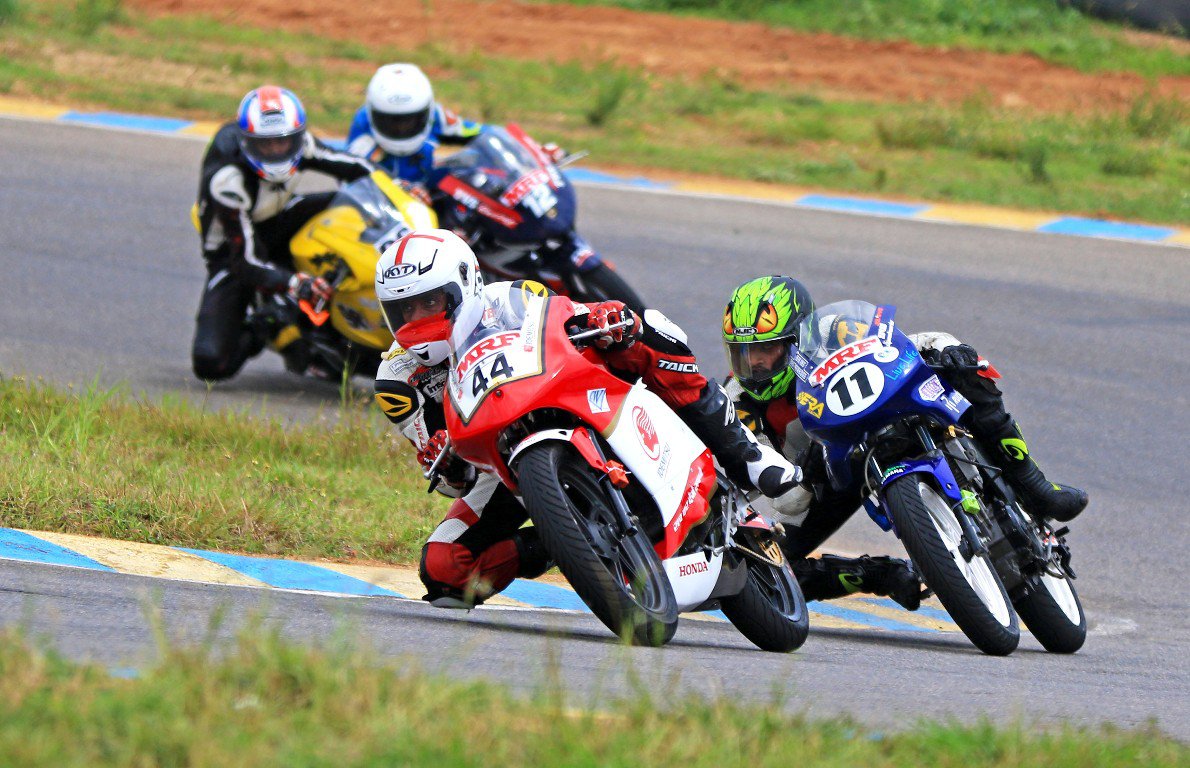 With 178 entries and a record 15 teams, the highest-ever in the championship’s
history, in the fray, the weekend card has 17 races scheduled. The National
Championship will be headlined by the Pro-Stock 301-400cc class, besides ProStock 165cc, Pro-Stock 201-300cc and Stock 165cc (Novice and Girls). That apart,
the One-Make Championships by Honda (Idemitsu Honda Talent Cup, CBR 150)
and TVS Racing (Apache RTR 310 Open, RTR 200 Novice and Girls), will be run
concurrently.
Title sponsors MRF will provide slick tyres for Pro-Stock 165cc and Pro-Stock 301-
400cc classes. The slicks were introduced for the 2018 season and met with
immediate approval and appreciation from the riders for the better grip, especially
through the corners.
MMSC President Ajit Thomas said: “We at the MMSC have been actively working
towards our vision of providing a strong platform for young riders to express their
talent on the race track before moving on to the next level. In this regard, we
acknowledge the active involvement of our long-time partners MRF Tyres who have
spared no effort to provide us with high quality racing tyres. The MMSC also have
kept pace with changing times by constantly upgrading equipment and infrastructure
to make racing more safer and competitive.”
Over the past couple of seasons, the competition in every category has become
sharper and closer, resulting in exciting fare, and there are pointers that it would be
even more so in the new season.
The two top manufacturers, Honda and TVS, have also contributed hugely to the
National championship with their respective one-make series. This season, in a
landmark move, Honda will be introducing FIM Moto3 spec NSF250R that will
replace the CBR 250 in their One-Make Championship from the next round. It is part
of the Honda India Talent Cup programme designed to unearth young talent that can
be groomed for participation in various international events, including the World
Championship.

The Honda Novice class (CBR 150) will see a grid of 15 riders, all under 19 years of
age, thus emphasising the focus on young talent with a long-term development
programme.
Similarly, TVS Racing, through their talent spotting programme, have shortlisted
riders for their Novice and Girls categories through an exhaustive selection process.
The grid for the Girls race will have 16 riders who were chosen from 33 entrants who
received training from TVS Racing’s experienced riders prior to the selection run.
About Madras Motor Sports Club
Since its humble beginnings in 1953, the Madras Motor Sports Club has grown in
stature as the hub of motorsport activity in India. Having moved from Sholavaram to
its present location in Sriperumbudur in 1979, MMSC has kept pace with changing
times by upgrading facilities. At a cost of about Rs 20 Crore, the MMSC built a pit
complex comprising 20 garages, VIP hospitality suites and a viewing gallery, on the
eastern side, apart from a second Paddock on the western side with its own short
circuit. The Control Room too was upgraded with state-of-the-art hardware while the
track itself was improved to meet the exacting FIA standards for Grade-2
certification. The facilities are also extensively used by various vehicle manufacturers
for testing their products, displays and corporate days.