THE 9th EDITION OF GLOBAL ISAI FESTIVAL KICKS OFF AT PHOENIX MARKETCITY!

Feb 24, 2020 THE 9th EDITION OF GLOBAL ISAI FESTIVAL KICKS OFF AT PHOENIX MARKETCITY! 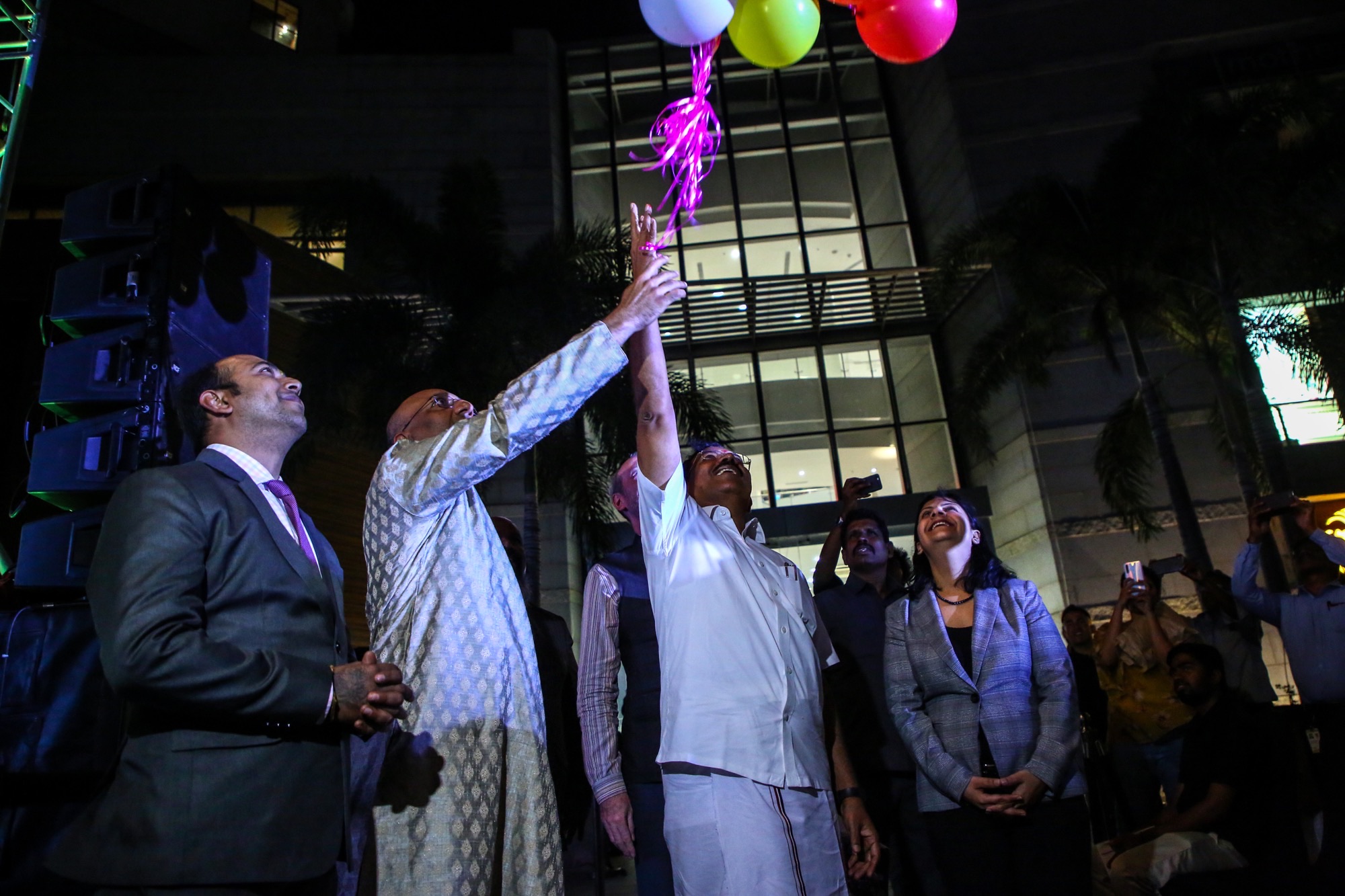 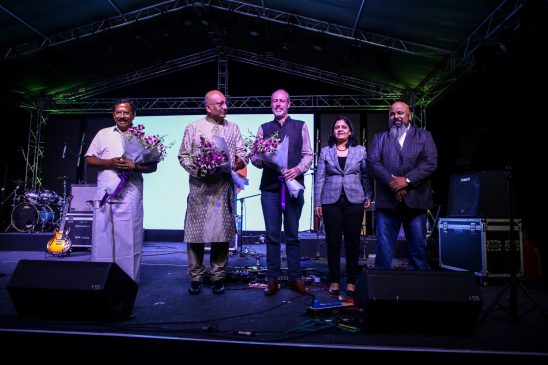 THE 9th EDITION OF GLOBAL ISAI FESTIVAL KICKS OFF AT PHOENIX MARKETCITY!
~ The festival was inaugurated by Mr. Pandiarajan, Minister of Culture alongside Mr. Bruno Plasse,
Director Alliance Francaise of Madras and Nawabzada Mohammaed Asif Ali, Heir apparent and Dewan
to the Prince of Arcot
Chennai, 23rd February 2020: The 9th edition of Global Isai Festival kick-started at Phoenix MarketCity
on the 21st of February 2020 in Chennai with rocking live music performances and colorful cultural
celebrations on Friday.
Following the official launch, popular Indian rock band, ‘The SyZyGy’ took the center stage marking the
beginning of 3 day long musical festival. The band has been a recent favorite of the crowd after winning
the ‘Battle of Bands Festember – Trichy’. Their ambient music, which give emphasize to the tone and
atmosphere over traditional music or rhythm was soothing and allowed the audience to settle down for
their melodious evening. Elevating the mood of celebrations, it was now the turn of funk-fusion band ‘Karnautic’ to take the
festivity and energy to next level. Their blends of Indian classical with western rock amazed the music
connoisseurs who flocked at the courtyard at Phoenix MarketCity.
Global Isai Festival 2020 will be hosting 14 artists from around the globe this year. The fest will feature
different genres of music including acoustic, hip-hop, blues-rock, Indie folk, EDM, Rap, etc.
Day 1:
Artist Act Type Time
Krsna and Gooth Acoustic 3.30 PM
Namma Ooru Boy Band Tamil Indie 4.00 PM
Shan Vincent De Paul Hip-Hop 5.00 PM
One Rusty Band Tap dance and Blue rocks 6.00 PM
JASKI Beeeats EDM & Illustration 7.00 PM
Chennai Street Band Indie Fusion – Tamil 8.00 PM
Day 2:
Artist Act Type Time
Yuvraaj on the floor Rap and DJ 4.00 PM
Tablatronics Electronic and Tabla 4.30 PM
Castle in Time Orchestra Modern orchestra 5.00 PM
Doggo Farra World music/Reggae 6.00 PM
Lildami Hip-Hop and DJ 7.00 PM
Swarathma Indie Folk/Fusion 8.00 PM
Phoenix MarketCity is also organizing various activities like graffiti, acoustics, body percussions and
games for the Global Isai Festival.
Ms.Pooja Patti, Center Director, Phoenix MarketCity, Chennai said, “The Global Isai Festival has entered
its 9th edition and the excitement of the event has never come down since day one. I would like to thank
Mr.Padiarajan ,Minister of culture, for inaugurating the festival. Also, I thank Mr. Bruno Plasse, Director
Alliance Francaise of Madras and Nawabzada Mohammaed Asif Ali, Heir apparent and Dewan to the
Prince of Arcot for their generous presence and support they provide for the diverse art and cultural
events that Phoenix MarketCity has always tried to bring in for their client.
I thank everybody for the never-ending enthusiasm they have shown for this initiative over past years. It
is a true culmination of global artist under one roof. True to its name, we are bringing in artists from
various walks of music to perform for our patrons. The next two days will witness on of the memorable
musical weekend Chennai have ever experienced.”