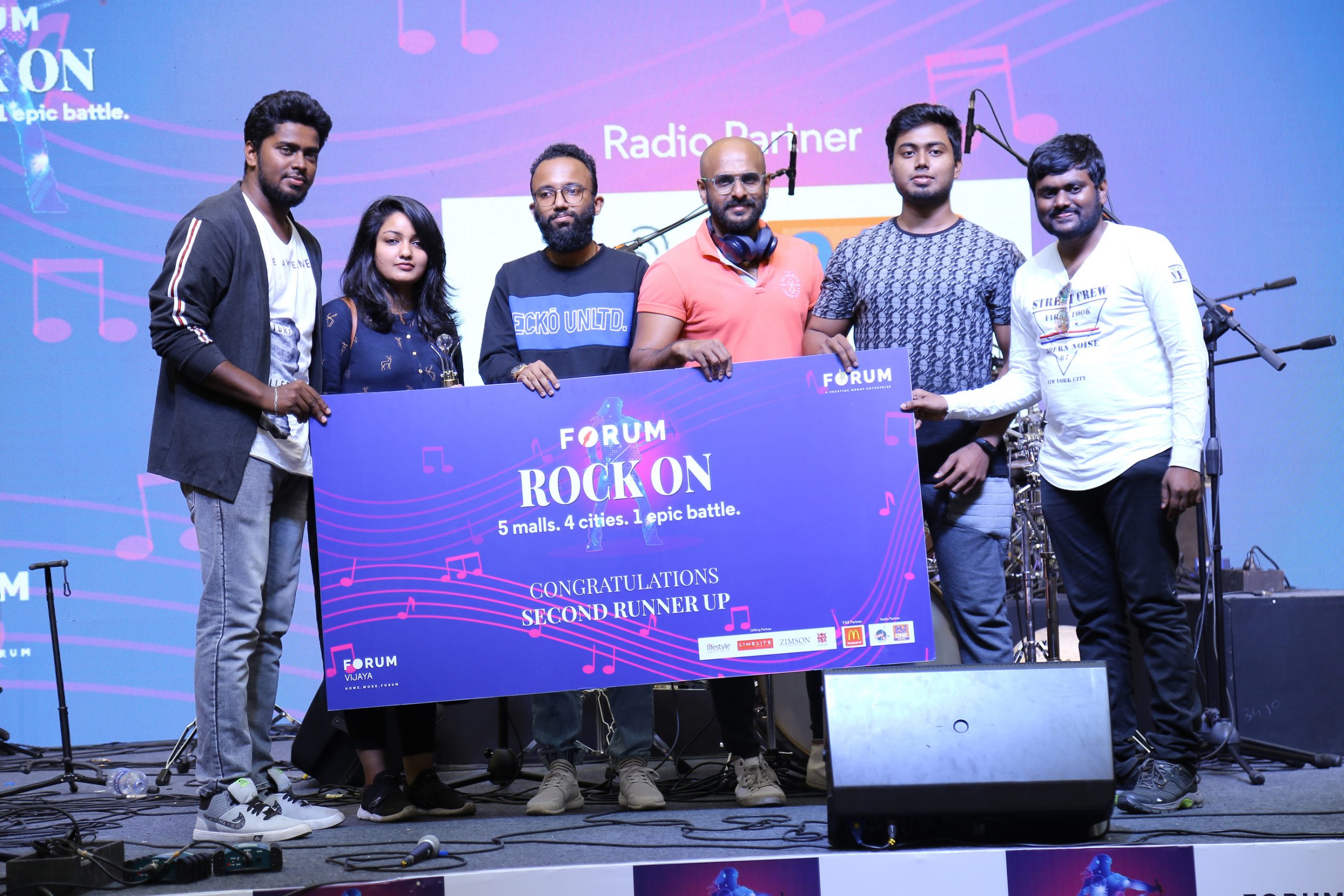 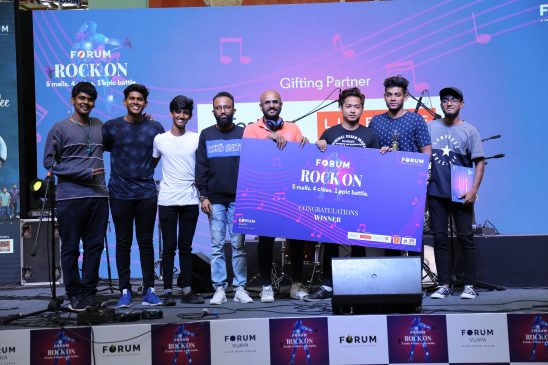 Chennai, February 2020: The grand finale of “Forum’s Rock On!” concluded with some
rocking and entertaining performances yesterday. Dynamix, it is a no instrument band, they
are a group of rappers, singers and beat boxers, P A systems from Pop genre and The
Levites from Rock genre where announced as the winners of FORUM Rock ON. South India’s
favourite band Masala Coffee’s lead artists, Varun Sunil and Krishna Raj judged and
announced the winners and the winners was awarded prizes worth 2.5 lakhs worth gift
products.
Followed by the grand finale, Masala Coffee band gave a rocking performance along with
veena maestro rajhesh vaidhya sweeping the hearts of hundreds and hundreds of audience.
Masala Coffee creates music that falls along the lines of Indian folk, pop and rock. Their
music does not seem to be constrained by watertight compartments of genres.
“Forum’s Rock On – Season 3” an initiative by Forum Mall that celebrates musical talent and
provides a platform to encourage budding musicians. Rock On celebrates different genres of
music and gives emerging artists and bands an opportunity to showcase their talent and get
judged by the best in the music industry. Forum Rock On caters to three different genres of
music.
The Preliminary Audition held at the Forum Vijaya mall on 13th and 14th of February 2020 and
was judged by Playback singers Sathya, Naveen Madhav & Christopher Stanley and Masala
Coffee’s lead artists, Varun Sunil and Krishna Raj respectively for the finale.
Winners Details:
Winner: The Levites
1st Runner-up: P A systems
2nd Runner-up: Dynamix
Forum Vijaya Mall
The Forum Vijaya Mall is a shopping mall located in Vadapalani, Chennai, Tamil Nadu, India,
developed by Prestige Group. This mall is spread over 6,36,000 square feet of retail space.
More than 100 shops occupy its four floors. This mall distinguishes itself by being local by
housing Chennai-based brands in the mall such as Spar, RmKV, Lifestyle, Max, Marks &
Spencer’s, Westside ,Fab India and Via South. It is also home to SPI Cinema’s Palazzo
multiplex and an IMAX screen as well.