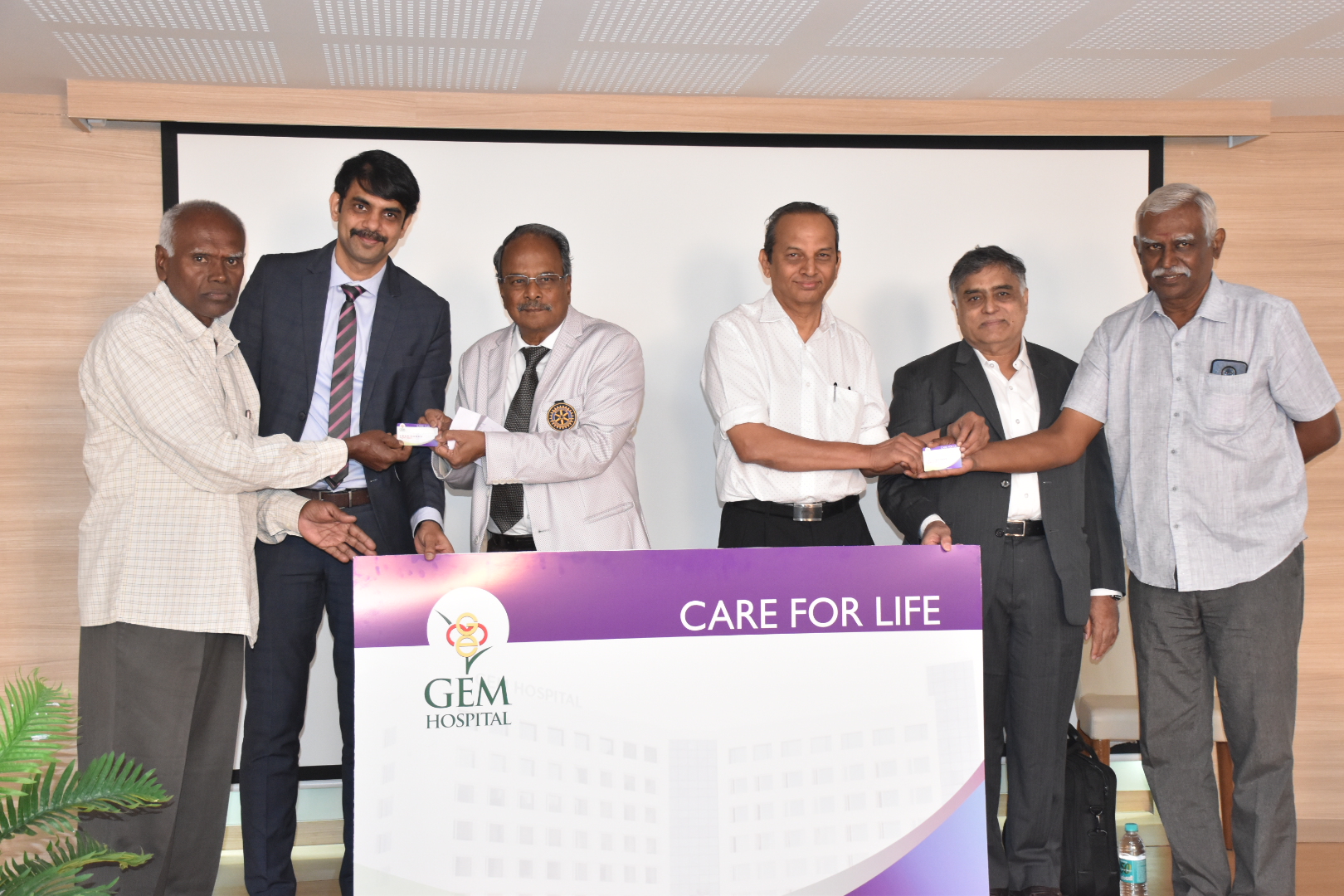 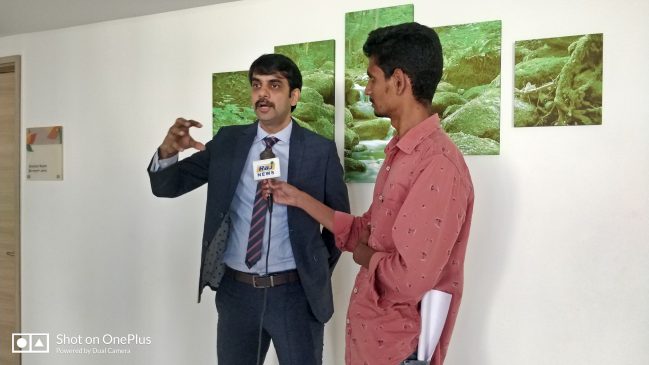 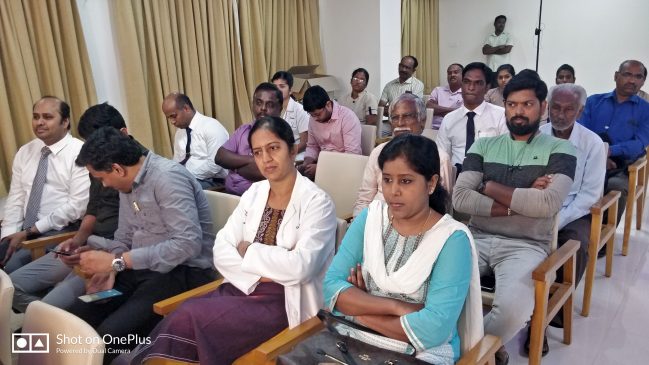 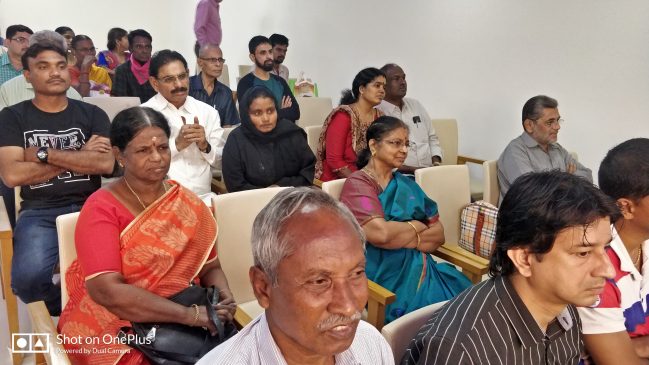 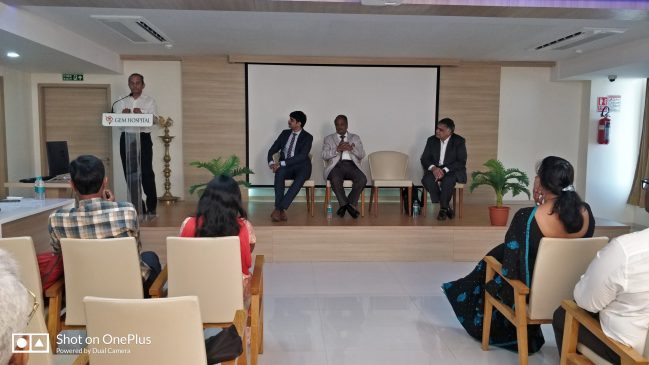 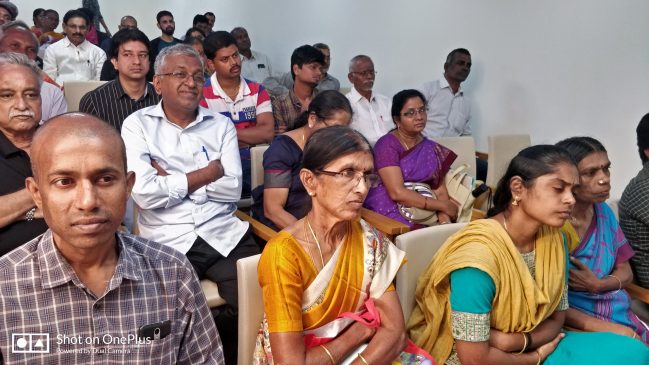 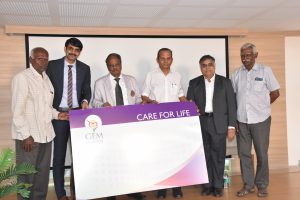 “Celebrating Life” – An awareness initiative marking “World Cancer Day”
Chennai, 3
rd February 2020: GEM Hospital Chennai conducted an awareness program
observing World Cancer Day. An initiative titled “Celebrating Life”, intended to honour the
victors who successfully won their battle against cancer, was held. Rtn G. Chandramohan,
District Governor, Rotary International is the Chief Guest and Dr. Fazil Marickar, Dean,
Mount Zion Medical College, Adoor, Kerala was the Guest of Honour for the Occasion.
Around 50 patients gathered and shared their successful journey battling cancer and the
quality of life they are currently going through. As a part of the programme, GEM Hospital
Chennai honoured all the cancer survivors with a Privilege Card which entitles free
consultation and concession on investigations throughout their life journey.
Chief Guest of the occasion, Rtn.G.Chandramohan, District Governor, Rotary
International mentioned that, “I congratulate GEM Hospital for saving so many lives by not
only providing best treatments for the Cancer patients but also for the quality of life instilled
in each and every patient after recovery. In the current scenario Cancer is seen as a deadly
disease and there are patients who are scared to undergo the treatment because of the pain
and side effects they face during the process. But, these kind of programmes where a patient
shares his/her testimonials will really bring more courage and create awareness among the
public to face such situations bravely”.
Dr. Fazil Marickar, a reputed surgeon and Dean of Mount Zion medical college, Kerala
said that, “I am standing here as guest on this occasion was also a cancer patient a year ago. I
was diagnosed with Stage Four Advanced Colon Cancer with secondaries in liver, lungs &
abdominal cavity. Later I went through a successful laparoscopic surgery on 28th June 2019 at
GEM Hospital Chennai and now leading a healthy life. I am pleased to share my own battle
against Cancer and I hope that this will help to create awareness among the people that
Cancer is no more a deadly disease. We can overcome it if we approach right doctors at the
right time”.
Addressing the media Dr. C. Palanivelu, Founder, GEM Hospitals mentioned that, “We are
glad to honour all the cancer victors who successfully underwent surgery for various
gastrointestinal and uro-gynaecological malignancies treatment at our Chennai hospital in
the preceding one year, since the commencement of clinical services. Minimally invasive
treatment for gastrointestinal cancer, in comparison to conventional open surgery, offers
added advantages in terms of improved radicality & lymph node yield, lesser blood loss and
need for transfusion (owing to magnification), smaller scars, lesser pain, quicker return of
bowel function, faster discharge and earlier initiation of adjuvant chemotherapy. Apart from
the cancer treatments we also provide psychological support for each and every patient
to give them enough support and courage to go through the treatment process”.
Speaking about the availability of advanced cancer treatments at present, Dr. S. Asokan,
CEO, GEM Hospital Chennai said, “Lives of cancer patients are much better now with new
modalities of diagnostic and treatment like laparoscopy, robotic surgeries and endoscopic
procedures. The radiotherapy and chemotherapy also are witnessing enormous innovations
and improvements. It is not the same case two decades ago when Cancer is considered as a
more deadlier disease than it is perceived today. So, the advanced techniques in diagnosis
and treatment really augurs well for the patients by restoring or improving quality to life and
increasing the longevity!”
About GEM Hospitals:
GEM Hospital is India’s premier Gastroenterology and laparoscopic speciality
hospital. GEM Hospital has its presence in Coimbatore, Tirupur, Erode, Thrissur &
Chennai. Pioneering laparoscopic surgeon Dr. C. Palanivelu is the founder of GEM
Hospital. He was the first to introduce laparoscopic key hole surgery in south India. He
has been instrumental for development of many innovative techniques in laparoscopic
surgery and spreading laparoscopic surgery amongst the masses.
GEM Hospital focuses mainly on the treatment of gastrointestinal diseases (including GI
cancers, liver transplantation and obesity) and laparoscopic surgeries. GEM was the first to
include the concept of organ based specialization to provide much superior outcomes. This
includes specialities like Upper GI Surgery (Stomach & Oesophagus), Colorectal
Surgery (Small & large intestines), Hepatobiliary surgery (liver & pancreas),
Bariatric surgery (obesity & diabetes), Interventional endoscopy, Liver
transplantation etc. It also has advanced treatment facilities in the speciality including da
Vinci Robotic surgery, 4K/3D laparoscopy, Advanced Truebeam Radiotherapy,
Comprehensive Obesity and Liver transplant departments. GEM Hospital is also the only
hospital to perform liver transplant using the laparoscopic technique.