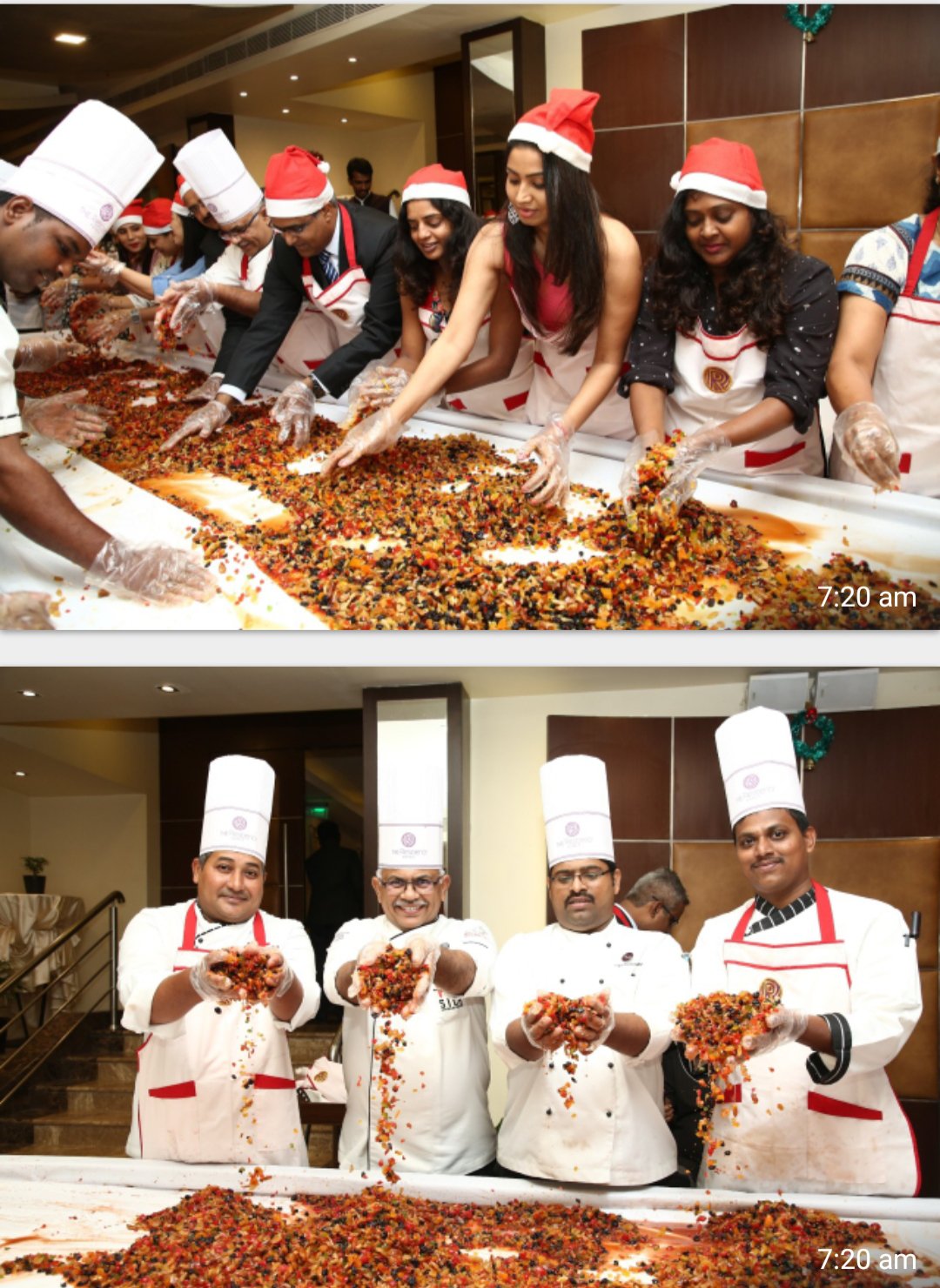 Christmas Cake Mixing Ceremony at The Residency on 23rd October 2019

To welcome the season of Christmas, The Residency hosted their cake mixing ceremony on 23rd October 2019. Along with the General Manager of the hotel, Mr. Rakesh Parameswaran and their Executive Chef Ganesh; the hotel staff and guests kick started the traditional festivities.

Ingredients such as Almonds, Cashew Nuts, Cherries, Dates and Walnuts were mixed with Rum, Whiskey and Brandy along with some cinnamon and cardamom to form the delicious batter for the cake. This delectable batter will be left to soak in the flavours and aromas of each other for a period of 45 days, after which it will be baked and sold to the public during the Christmas season.