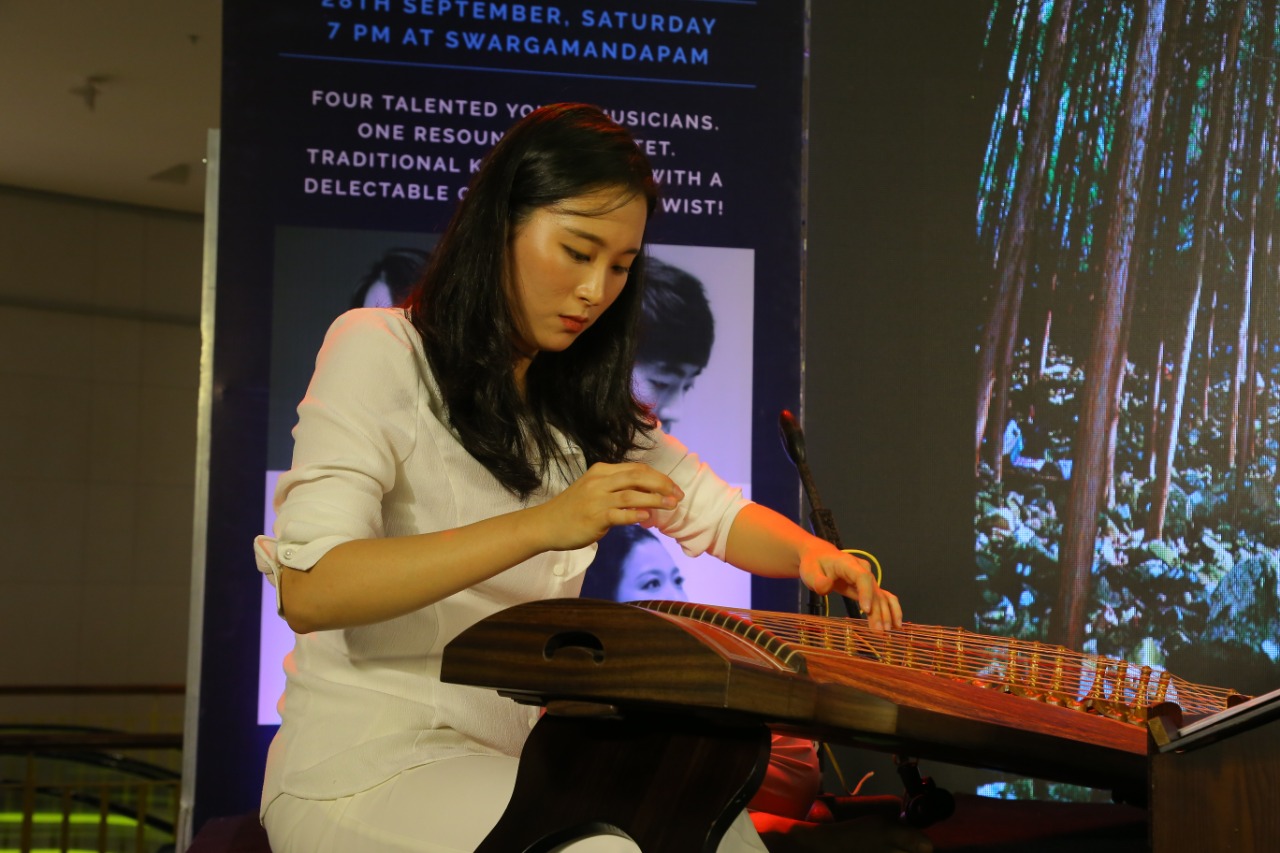 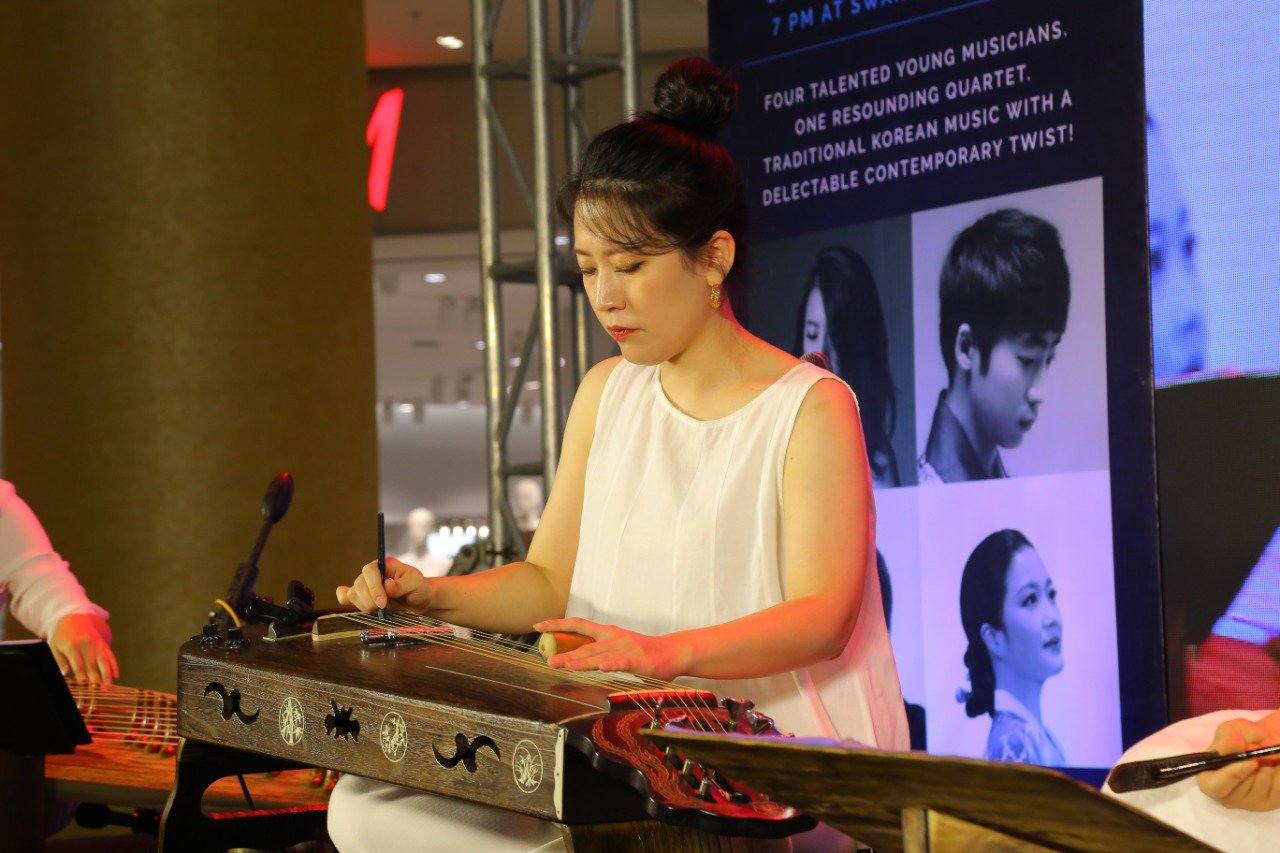 VR Chennai in association with Inko Centre brings to you a unique live music performance by the Soloists quartet at Swargamandapam on 28th September, Saturday, 7.00 pm onwards. Featuring Yuh Chaehyun on Gayageum, Lee Taekyung on Haegeum, Kim Daeyoun on Gagok. Han Solip on Janggu & Chulhyungeum, the Quartet will present traditional Korean music with a contemporary twist. The performance will exude a unique blend of tradition and modernity – traditional instrumentation and vocals with a singularly contemporary re-orientation. The resultant music is precise and technically exact yet spontaneous and fresh.The show is complimentary. 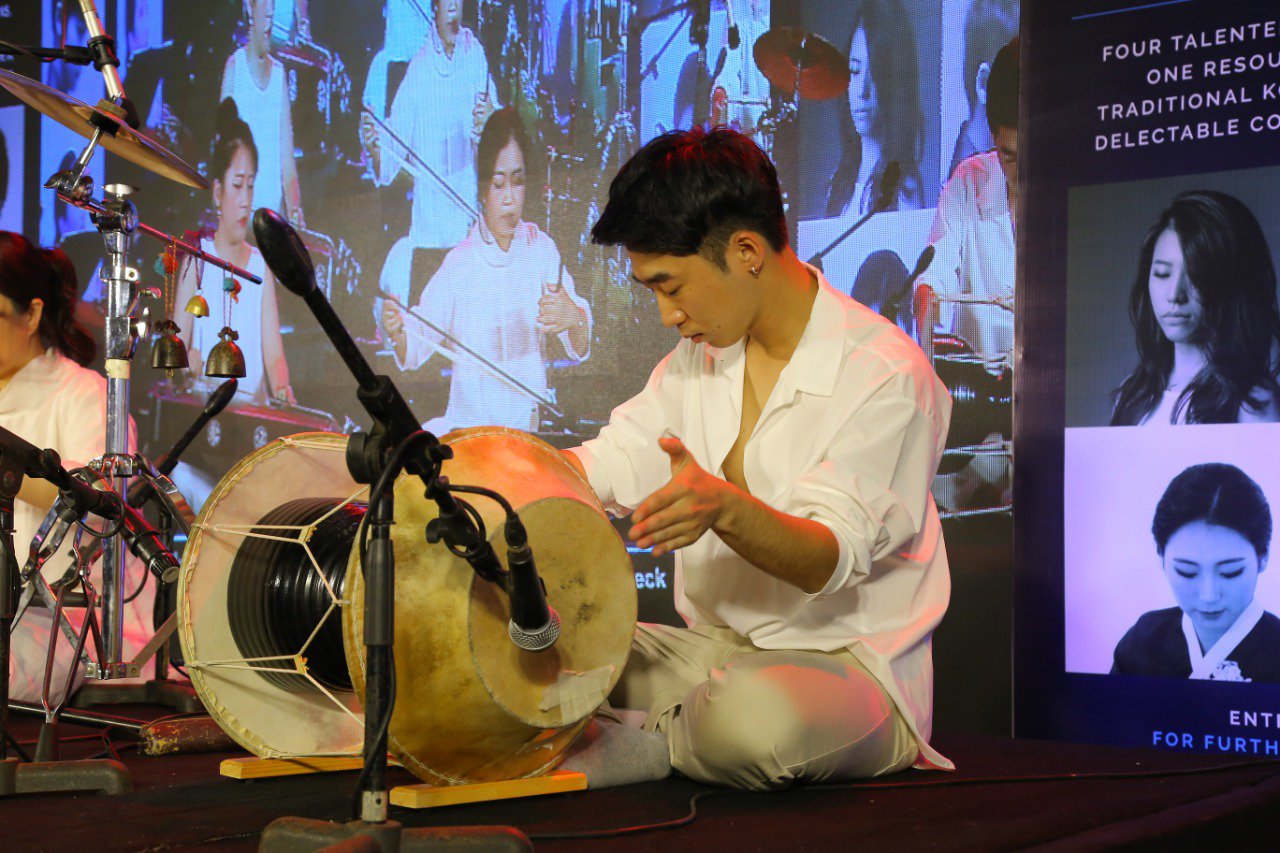 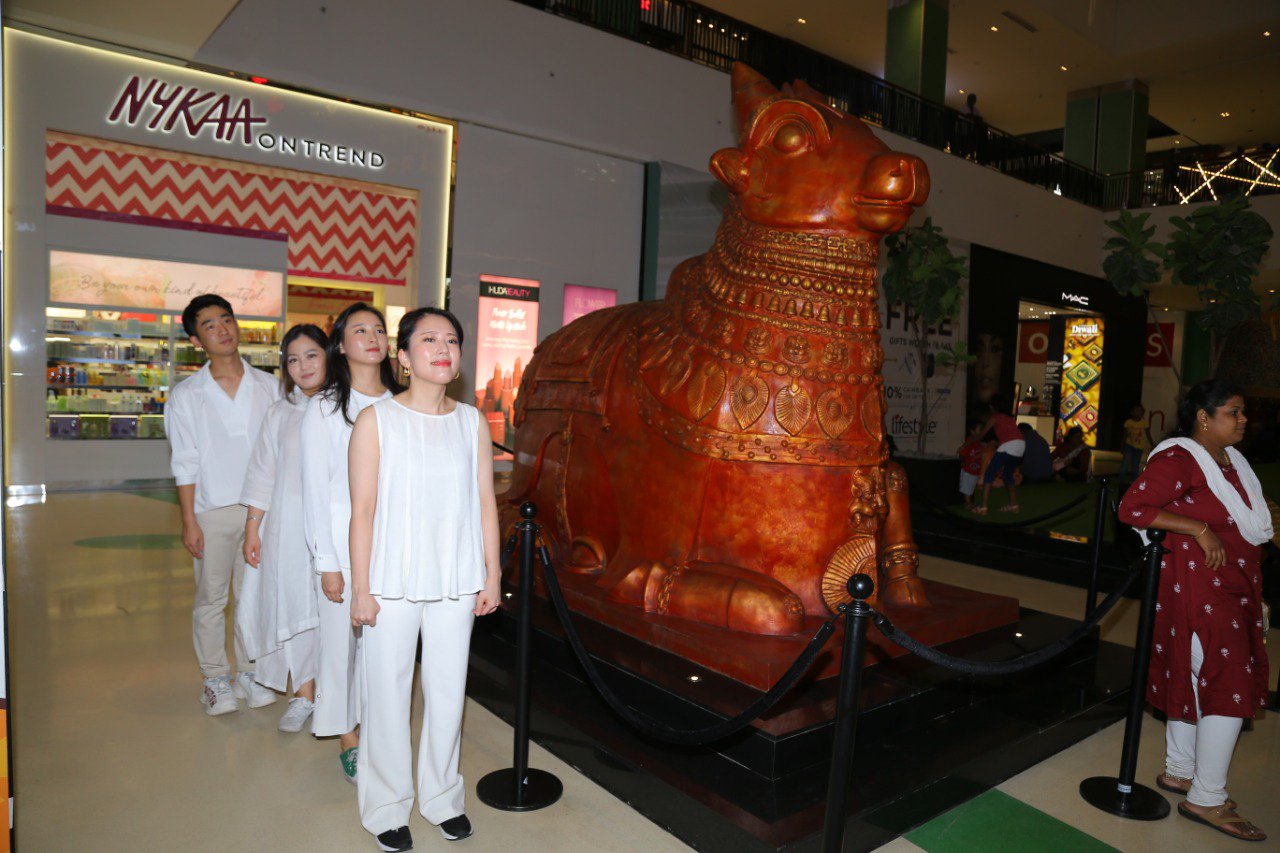 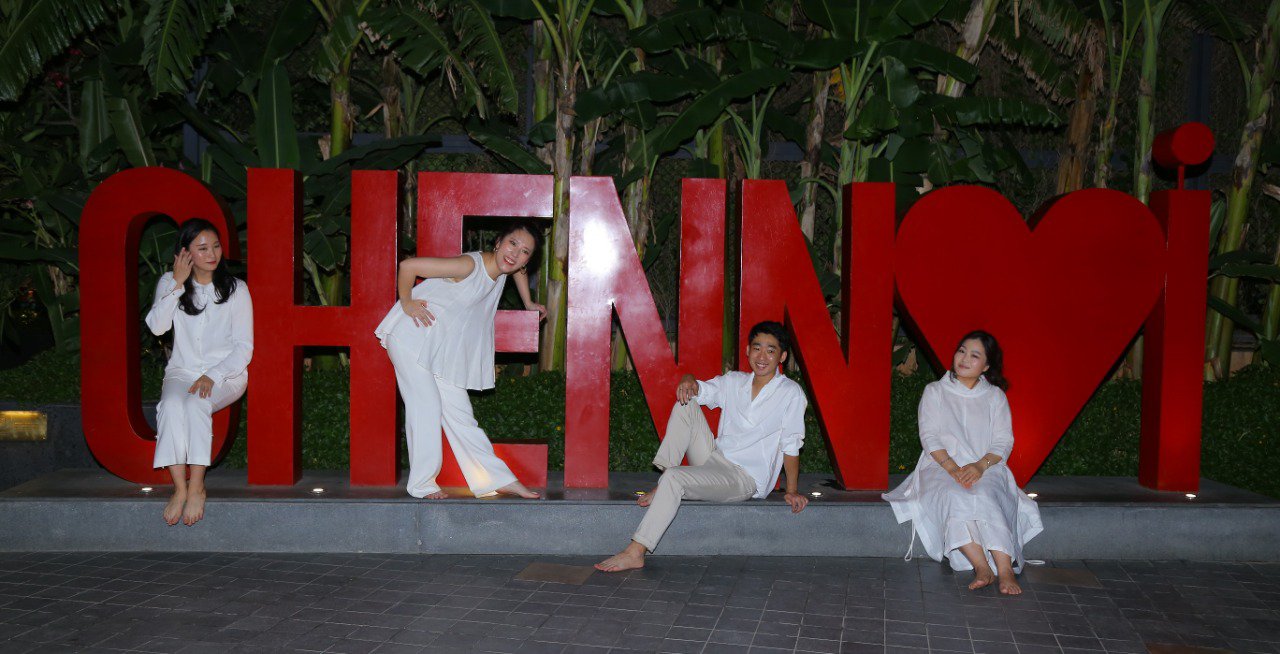 Haegeum: This two-stringed fiddle without a finger-board is played vertically with a bow and is held on the left knee. The tonal quality is of this instrument is markedly nasal and singularly sharp and piercing. This instrument is always included in Korean court, chamber and folk musical ensembles. Janggu: The janggu, or the hourglass drum, is the most frequently used accompaniment to almost all kinds of Korean music. The thick skin on the left side is struck with the palm, emitting a sound that is soft and low, while the thin skin on the right side is struck with a bamboo stick, to produce a loud, hard sound. The right side can be tuned to higher or lower pitches by moving the central belts encircling the V-shaped laces to the right or to the left, to tighten or loosen the tension of the drum head. Gayageum: This is a type of Korean zither with twelve silk strings supported by twelve movable bridges. The thumb, index finger and middle finger of the right hand pluck the strings while the index and middle fingers of the left hand push or release the strings on the left side of the movable bridges. The tonal quality of the gayageum is clear and delicate. 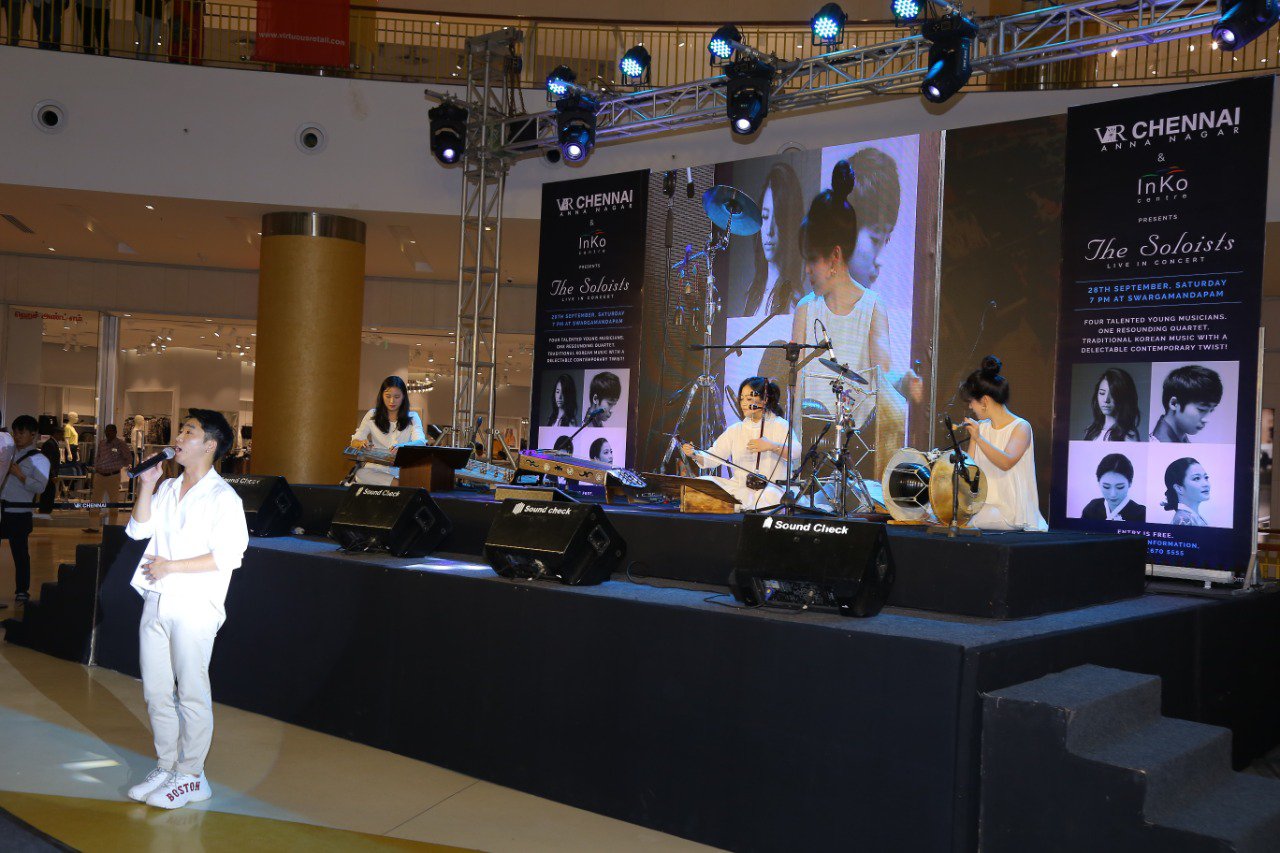 Chulhyungeum: The Chulhyungeum is an iron-stringed zither, which is capable of expressing the nuances of a whole range of Korean string instruments such as the geomungo, gayageum and ajaeng. It is played with a plectrum and a pick on the left hand, using multiple techniques that include vibrations, gliding and pushing tones. This ancient instrument, now revived with several new compositions, is ideal for the rendition of the Korean traditional style of sanjo where an instrumental soloist is accompanied a drummer on the janggu, a traditional an hourglass-shaped drum. Gagok: Gagok is a type of Korean traditional vocal music which originated in the 18th century. It draws from poetry and is mainly performed for royalty. The traditional format strictly includes at least 6 instruments – the Gayageum, Haegeum, Daegeum, Piri, Geomungo and Janggu – to complement the vocals.