KY Ahamed led a podium sweep for TVS Racing in the
premier Pro-Stock 301-400cc category while Anish Shetty spearheaded a 1-2-3
finish for Idemitsu Honda Ten10 Racing while notching his fifth consecutive win in
the Pro-Stock 201-300cc class as the fourth round of the MRF MMSC fmsci Indian
National Motorcycle Racing Championship concluded at the MMRT, here today.
Earlier, international rider Rajiv Sethu continued his win-spree in the popular ProStock 165cc category after overcoming a poor start as Idemitsu Honda Ten10 team
swept all the podium spots. For 21-year old Chennai-based Sethu, it was his sixth
win in a row. 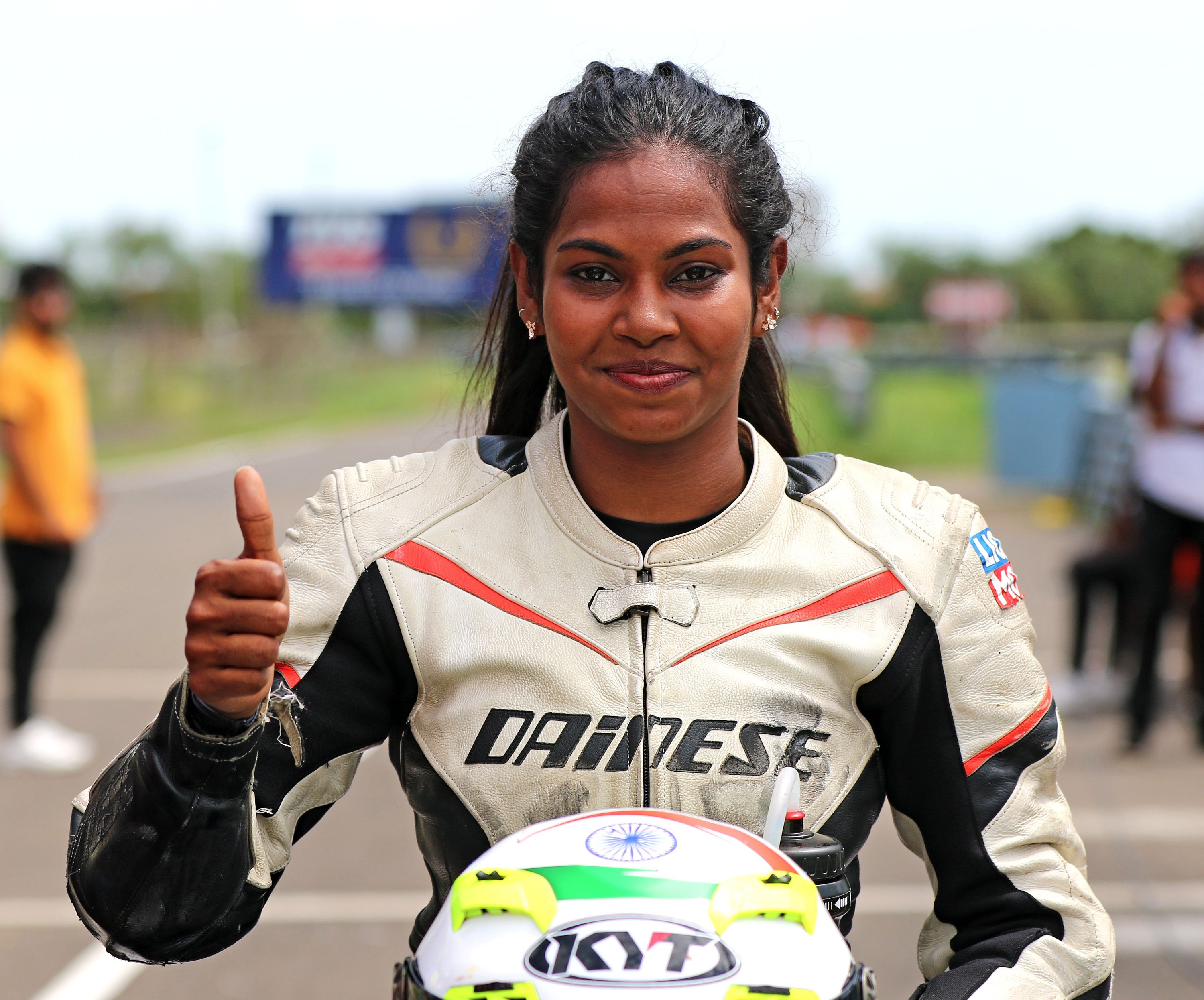 Also continuing his golden run was Venkatesan I in the Novice (Stock 165cc)
category as he headed a 1-2 finish for Team Moto Maniacz Racing with Manoj Y in
tow. For the Chennai-based Venkatesan, it was his fourth win on the trot.
Meanwhile, Ryhana Bee, the 22-year old from Chennai, notched her third
consecutive win in the Girls category of the National Championship to give herself a
35-point lead over defending champion and Sparks Racing team-mate Ann Jennifer
who finished second ahead of Alisha Abdullah (Alishaa Racing).
The podium sweep in the 301-400cc category that Ahamed scripted provided a big 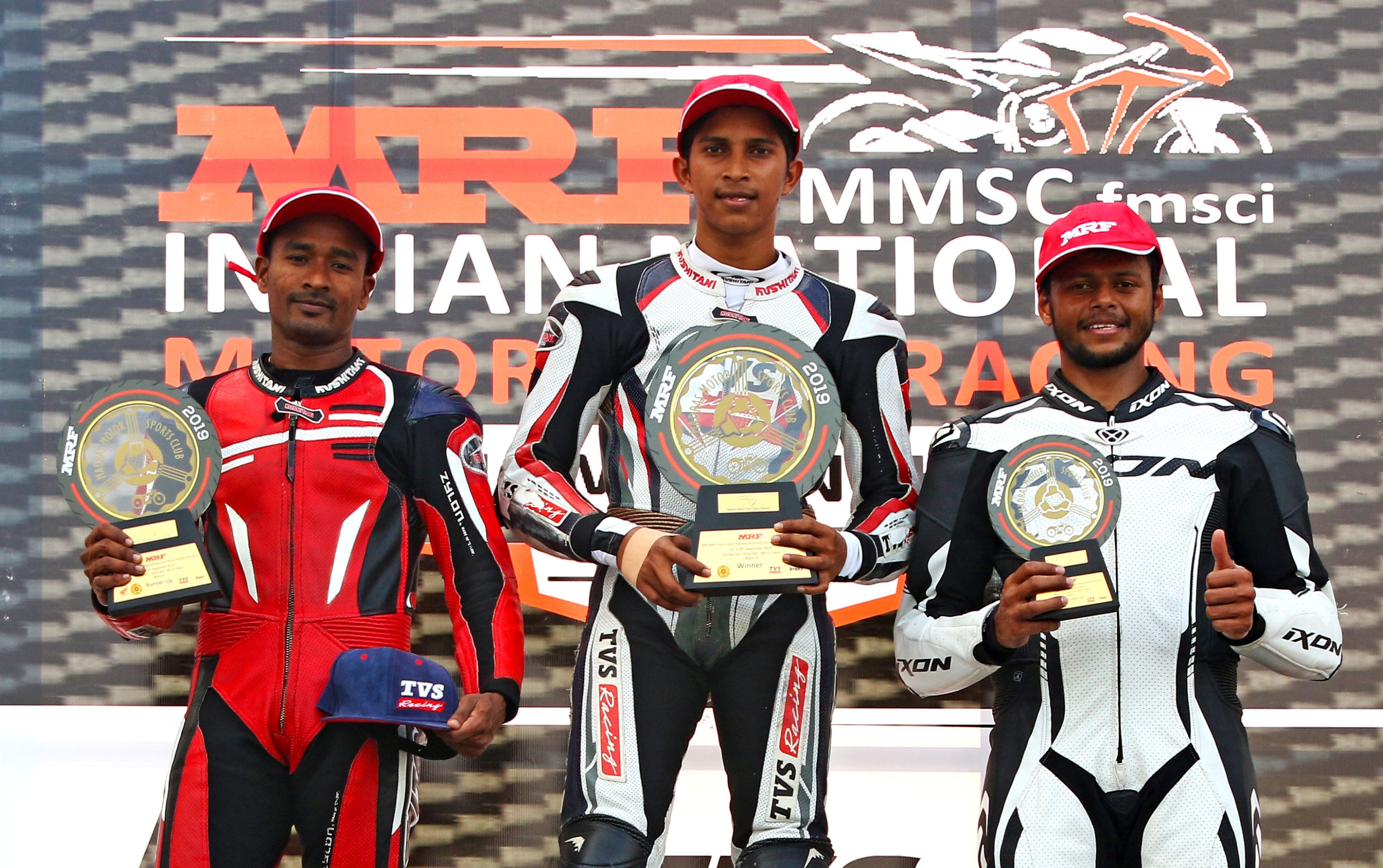 cheer for TVS Racing on a weekend dominated by arch-rivals Honda. Ahamed
managed to finish ahead of his mentor and former seven-times National champion
Jagan Kumar who finally picked up his first points this weekend after failing to finish
Race-1 and retiring in both the Pro-Stock 165cc races he had taken part.
Championship leader in this category, Deepak Ravikumar came in third.
Sethu, starting from pole position, had another poor start due to electrical problems, 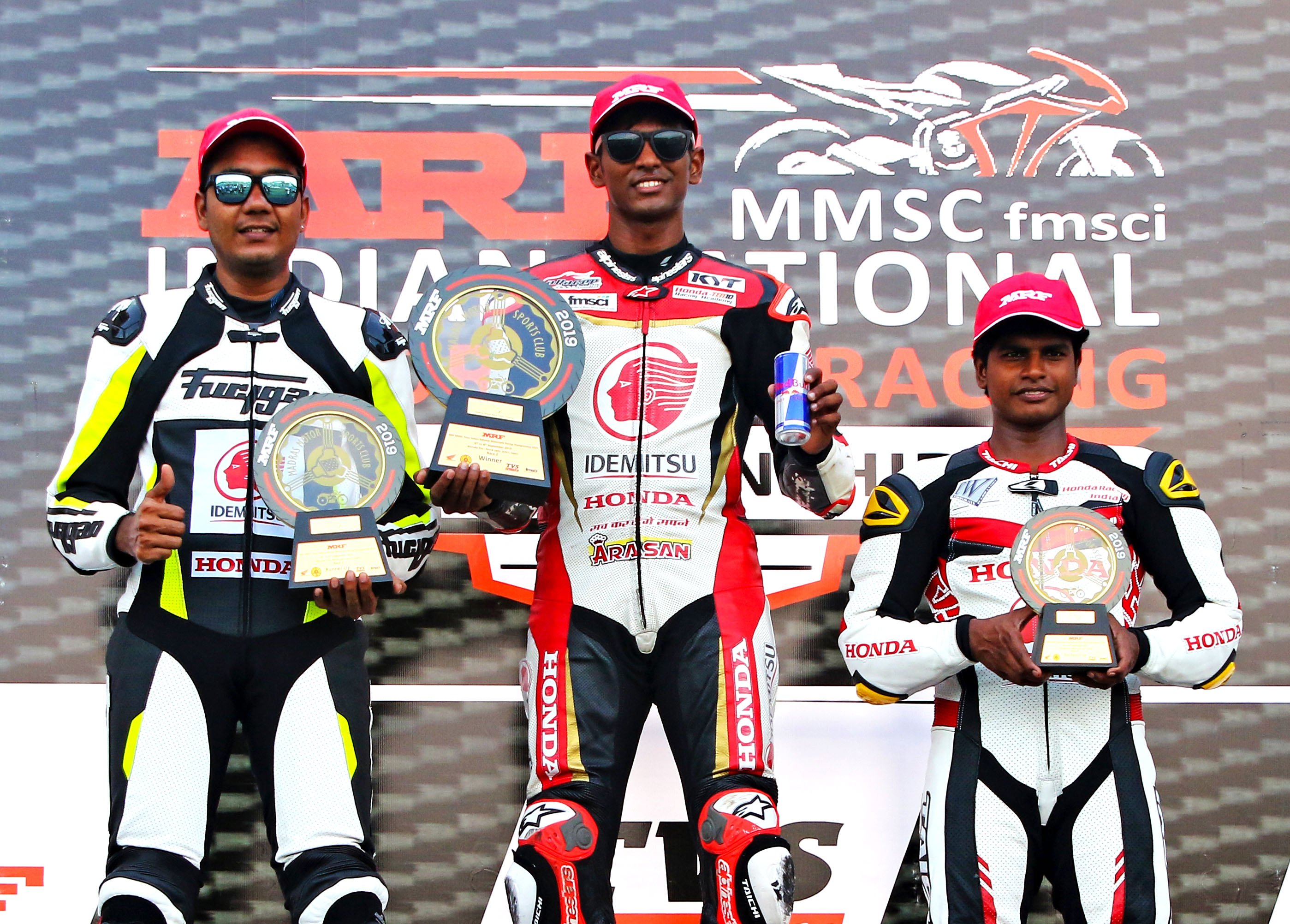 but he recovered quickly to tuck in behind Sarath Kumar even as two key TVS
Racing rivals, Jagan Kumar and KY Ahamed, retired due to engine problems. Sethu
and Sarath exchanged lead until the last lap when the former moved to the front for
his sixth consecutive win. Sarath was content to follow home in second place while
team-mate Kevin Kannan crossed the finish line in third position for his maiden
podium of the season.
Meanwhile, 15-year old Md Mikail, riding the FIM Moto3-spec NSF 250R in the
Idemitsu Honda India Talent Cup one-make championship organised by MMSC,