We, Puzhal Vattara Viyabarigal Sangam, Chennai who also represent the Tamil Nadu chapter of the Federation of Retailer Association of India (FRAI), are a representative body over 50,000 retailers of goods of daily consumption in Chennai. We are a member of FRAI which is an all India representative body of four crore micro, small and medium retailers across the country, with 34 Retail Associations from North, South, East and West as the members of the Federation. FRAI protects the interests of the poorest of the poor in the country and raise issues which impact the employment opportunities and render help to such people who are unable to express their views. It also brings to the attention of the Government policies which will help promote and protect employment in the unorganised sector and create an environment of ease of doing business in India. 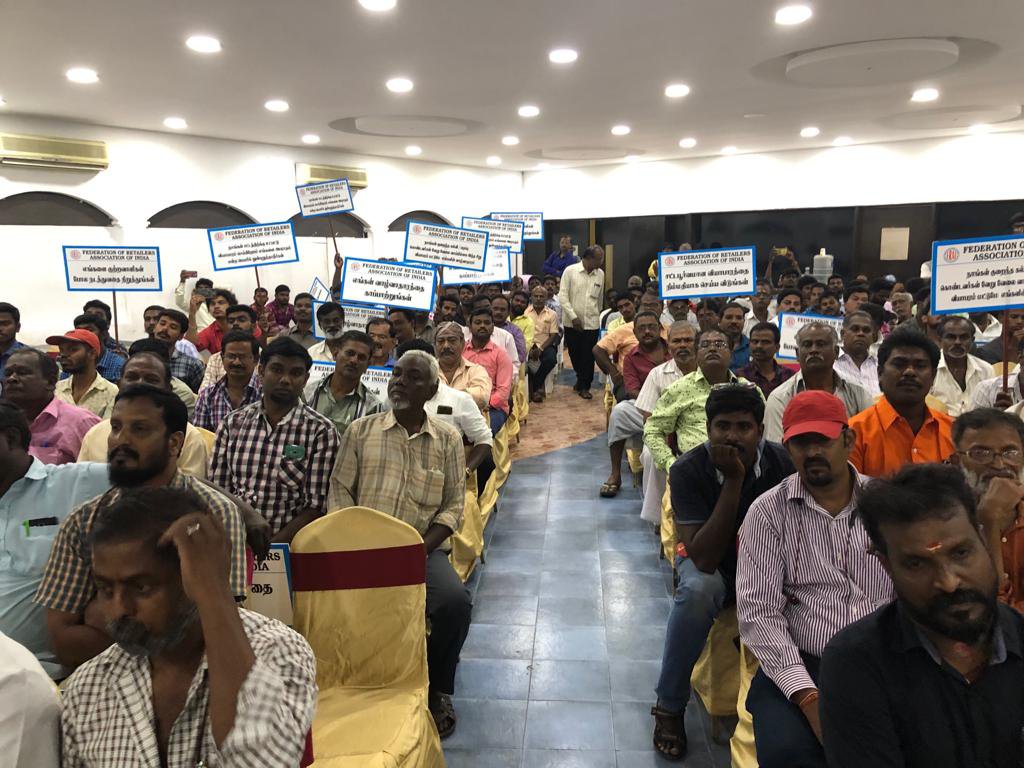 Puzhal Vattara Viyabarigal Sangam, Chennai representing the FRAI Tamil Nadu Chapter, today raised its concerns against the harassment faced by its member shopkeepers from the State Govt.’s Health Officials. These health officials visit small retailers very frequently and tell them that they are not following tobacco control laws. All our retailers are law-abiding citizens and the question of violating any laws just does not arise. In spite of this these officials subject these shopkeepers to harassment by way of imposing penalty on the flimsy excuse that they are violating some tobacco control law. Challans are issued to these simple, helpless people for so-called violation of the ‘Cigarette and other Tobacco Products (prohibition of advertisement and regulation of trade and commerce, production, supply and distribution) Act’, 2003 or COTPA and these challans are absolutely baseless. 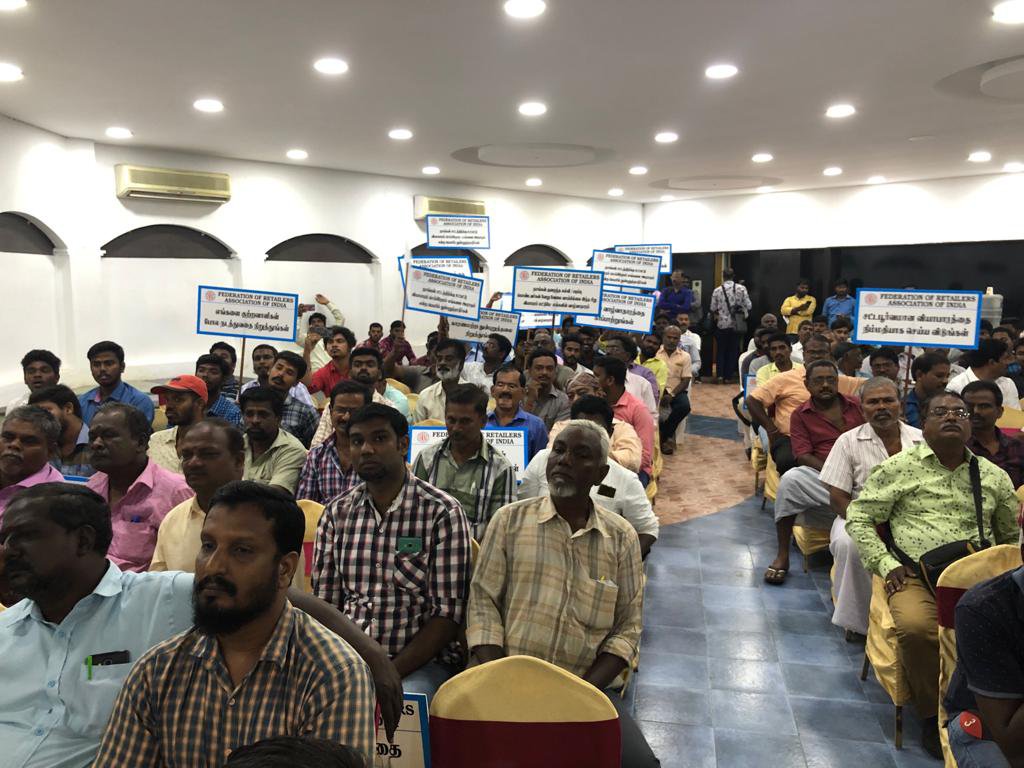 Explaining the issue, C Chelladurai, Member, Federation of Retailers Association of India and President, Puzhal Vattara Viyabarigal Sangam, said, “The shopkeepers always suffer out-right and unreasonable rejection of their appeals and these officials do not accept any of their valid arguments. It is clear that the Health officials are just intent on harassing and challaning the poor retailers illegally. Given our poor financial position, how can the health officials expect us to pay fines for offences which we have not committed? Also, the challans so raised are not in line with the law as most of the charges are on public smoking (Section 4) issued to our members even though they are non-smokers! If we argue with the officials, they threaten to have us arrested.”

Mr. Chellaurai further said, “The way this harassment is continuing on a regular basis, soon we will have to close our shops and we and lacs of our family members will be driven to the street. Our livelihood will be very badly affected, and we will be forced into a state of trauma and agony.”

“We have approached senior Ministers and Govt. officials several times on the harassment faced by us. In all such meetings we have been assured that the harassment will stop but in reality we continue to be subjected to unjustified challans. It appears that since we are poor and helpless, nobody is bothered about our livelihood issues”, Mr Chellaurai signed off.

The Tamil Nadu Chapter of FRAI represent around 10 lakh retailers from all over the State. In Chennai it represents the livelihood of about 2 lac people in Chennai. Our members are poor and law-abiding shopkeepers and who because of lack of proper education has been forced to put in small capital to set up shops selling goods of daily consumption by people. Our members do not have any other means of income and the income earned from their shops is barely adequate to feed themselves and their family members.

Puzhal Vattara Viyabarigal Sangam under the banner of FRAI staged a strong protest gathering in Chennai and lodged a strong appeal with the Hon’ble Chief Minister, Tamil Nadu, Mr. Edappadi K. Palaniswami and the state government asking for an immediate intervention to save the poor and helpless shopkeepers from official harassment. This is a matter of life and death of 50,000 families of Chennai and around 10 lakh families across the State of Tamil Nadu unless the harassment is stopped forthright.