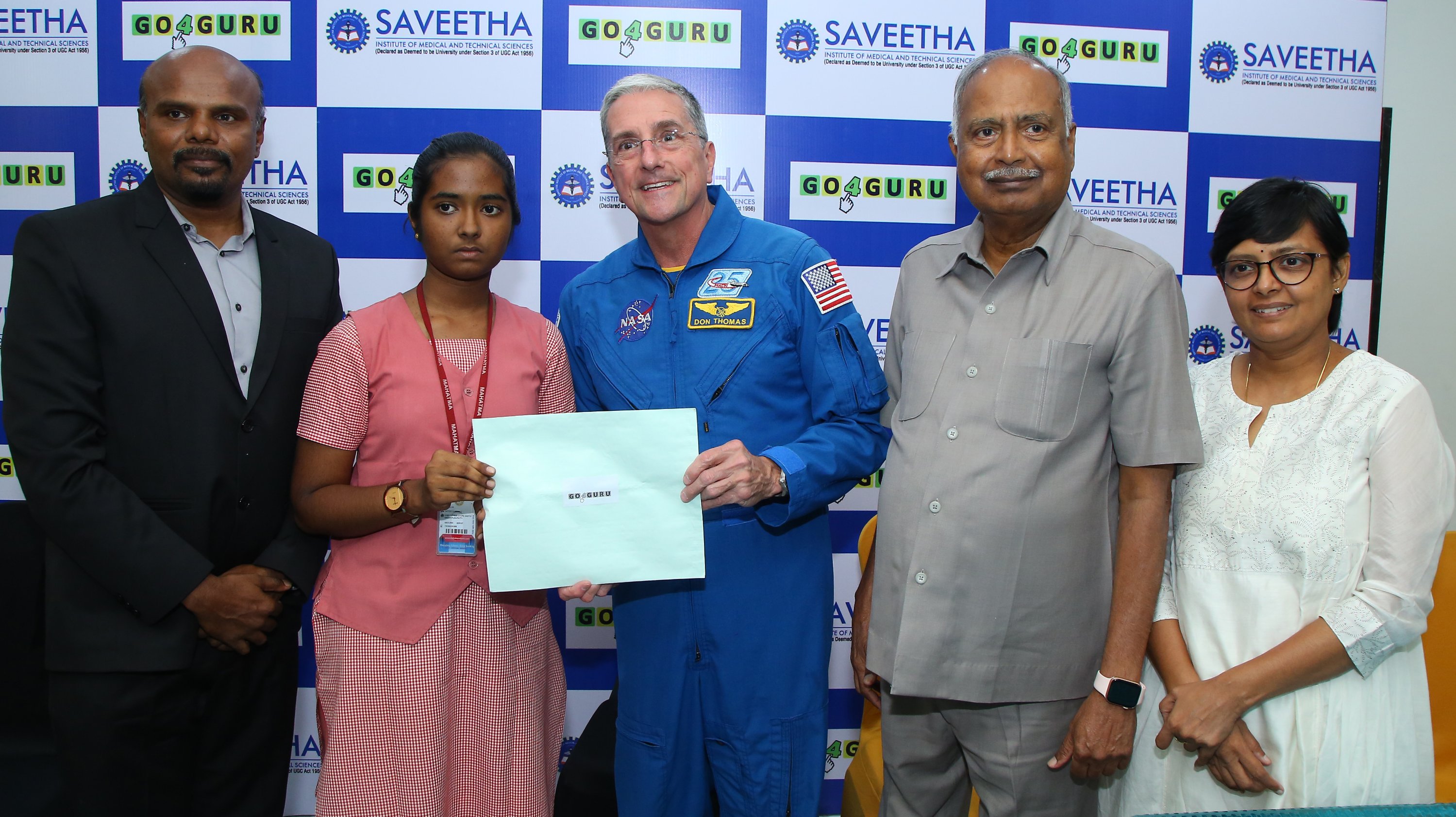 Ms. J. Dhaanya Thasnem, a Class X student of Mahatma Montessori Matric Higher Secondary School, Madurai, is all set to fly to the United States during the first week of October to spend a week at the National Aeronautics and Space Administration (NASA), and interact with the NASA astronauts.

Ms. Thasnem is among the three winners of the National Space Science Contest 2019, an online science aptitude and general knowledge test conducted earlier this year by the US-based Go4Guru, an online tutoring and educational tour services company.

The other two Indian students who won the NASA trip were: Ms. Sai Pujitha, Bhashyam Group of Schools, IIT Foundation School, Guntur, Andhra Pradesh, and Mr. Abhishek Sharma, Jindal Vidya Mandir, Alibaug, Maharashtra. The students were among the thousands of participants of the National Space Science Contest 2019, organized by Go4Guru, an educational travel services organisation based out of the US, earlier this year.

Dr. Thomas will be giving talks at various schools in Tamil Nadu, and other parts of India between August 28 and October 4, 2019. The first talk is to take place at Saveetha Dental College, Chennai, on August 28. The former astronaut is addressing at Park College of Engineering and Technology, Coimbatore on August 30; at Sunbeam School, Vellore on August 29; at Rajas Institutions, Nagercoil, and Excel Group of Schools at Thirvattar on August 31. Dr Thomas is visiting SBK College, Aruppukottai, and a few other schools in Bengaluru and Hyderabad. The details of his schedule in India are available at www.go4guru.com

The winners of the 2019 contest will take part in Go4Gurus International Space Science Contest, an essay competition, to be held at NASAs Kennedy Space Station during the first week of October. Five students, who will be adjudged as the winners of the international contest, will each be awarded a scholarship of US$ 10,000 by the Florida Institute of Technology, USA for its courses.

Talking about the contest and the NASA trip, Mr Kayamboo Ramalingam, CEO, Go4Guru, said, We launched the science contest in 2017 with the aim to give Indian students the exposure to international space science organisations. To encourage the participation of students from all social and economic backgrounds, we design the contest with simple science and general knowledge questions. It is an online test. Students can take it from their own place.