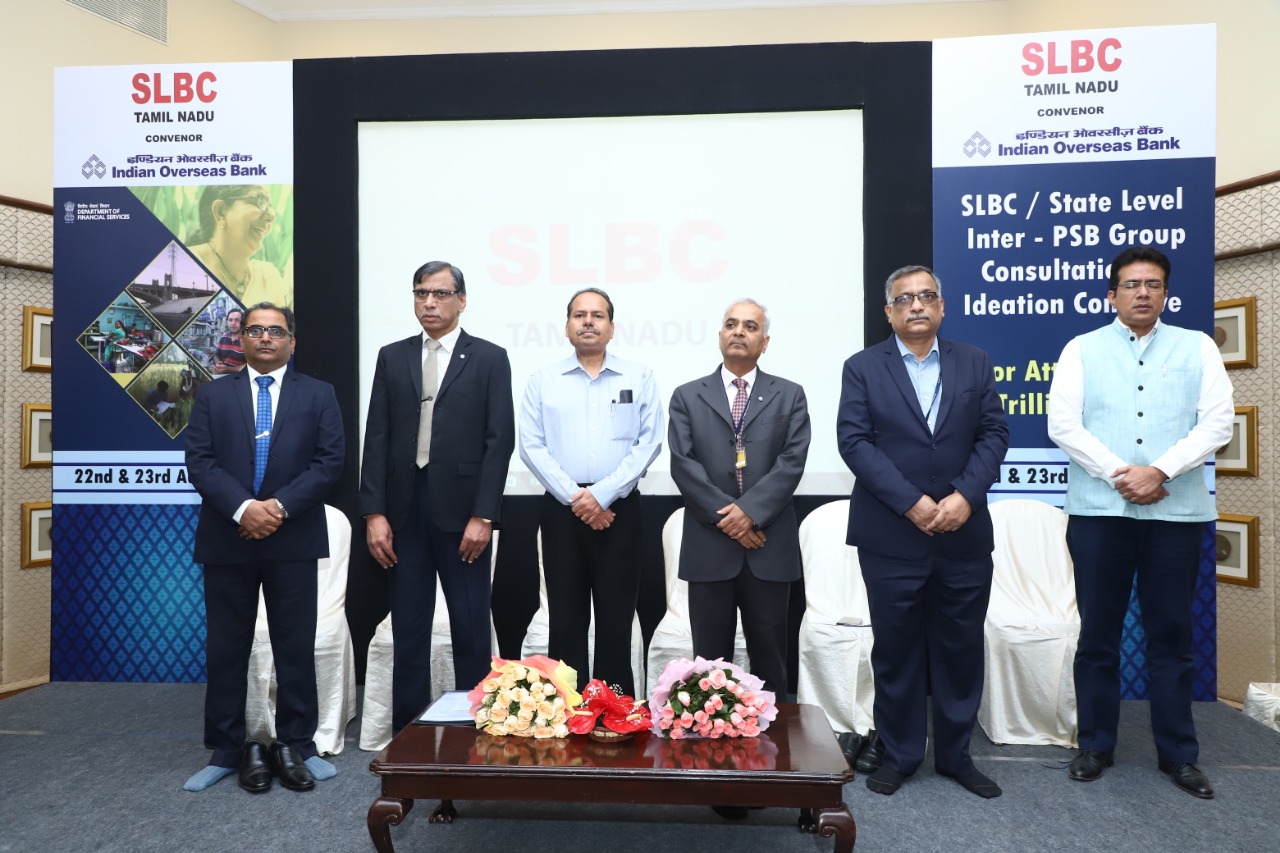 The function was inaugurated by the Chairman, Shri Karnam Sekar, SLBC Tamil Nadu, with the opening remarks of “Historical Event in the Banking Industry with Massive Scale”. He emphasised the importance of PSBs in nation building process and the role of PSBs in implementing technological advancement is imperative for the growth.
The Chief Secretary delivered the special address and insist that PSBs must create “Economic Enterprise at Village Level” and for this banks have to sensitise the new generation managers and they have to be inculcated with strong empathy and ownership towards rural India.

Deliberations and presentations are made by all the 18 PSBs on different focus area based on the State/zone level suggestions. The focus area includes credit off take for MSME & MUDRA loans, Retail and Agriculture lending and infrastructure credit towards achieving $5 Trillion Economy. The meeting also laid out the emphasis on other key segment viz. technology and Corporate Governance in PSBs, Export credit, digital payment and women empowerment etc.
As a result of the consultations, specific action oriented suggestions are emanated at branch level, bank level and state level and the outcome of the same is imperative to initiate the grass root level reforms at PSBs.