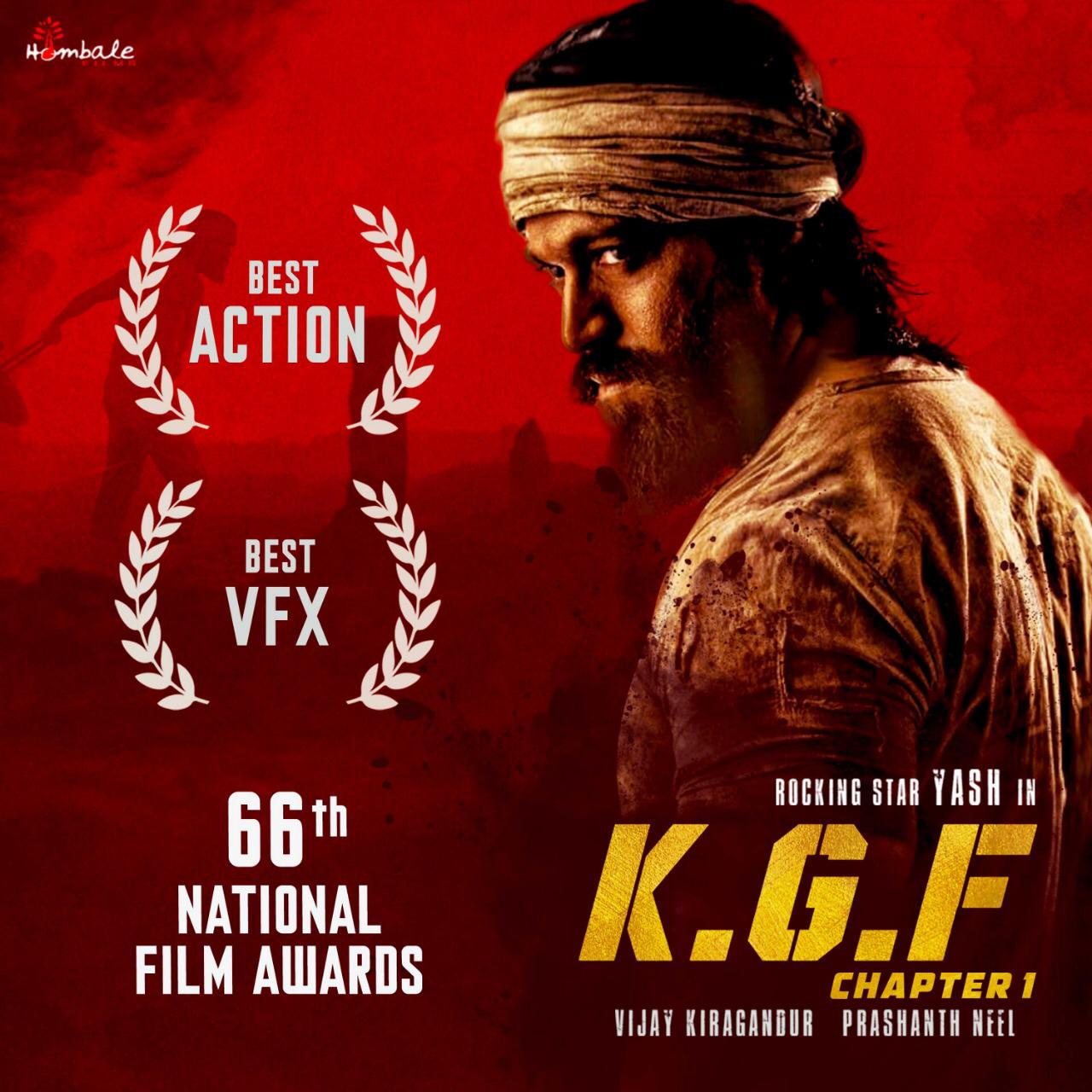 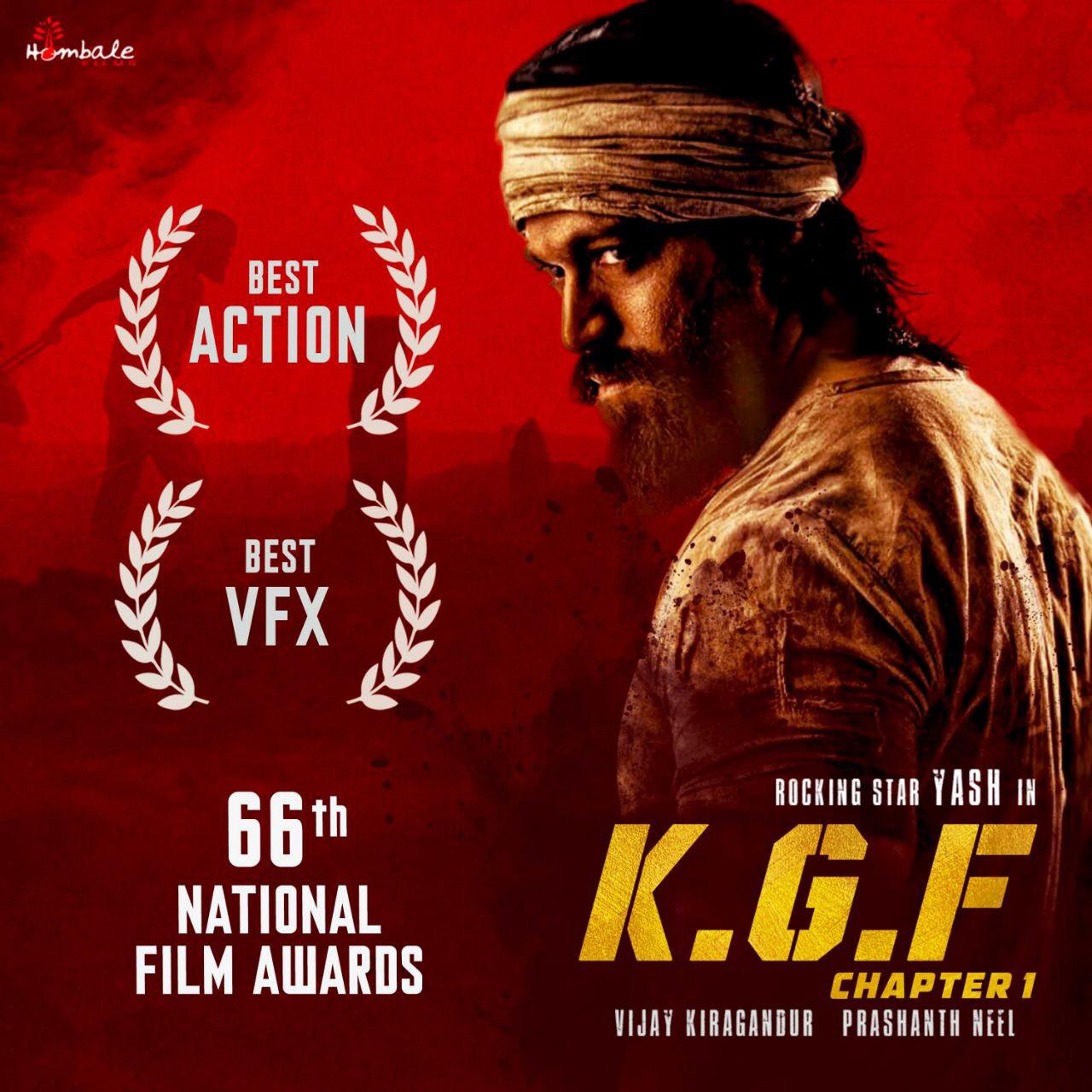 This movie plot is all about a young man from the downtrodden sections of the society, who breaks all the inequalities and stands strong to liberate the people, based upon the real life incidents that happened in the 1970.

This movie has won the national awards for the categories Action Sequences and Special Visual Effects.

Team KGF takes privilege to thank, The Information and Broadcasting Ministry, GOI, Directorate of National Film Awards, Media Friends, Distributors, Industry colleagues and the fans for their support and appreciation.