Aug 8, 2019 The Miracle baby who wouldn’t be here without Apollo Children’s Hospitals Doctors and Nurses 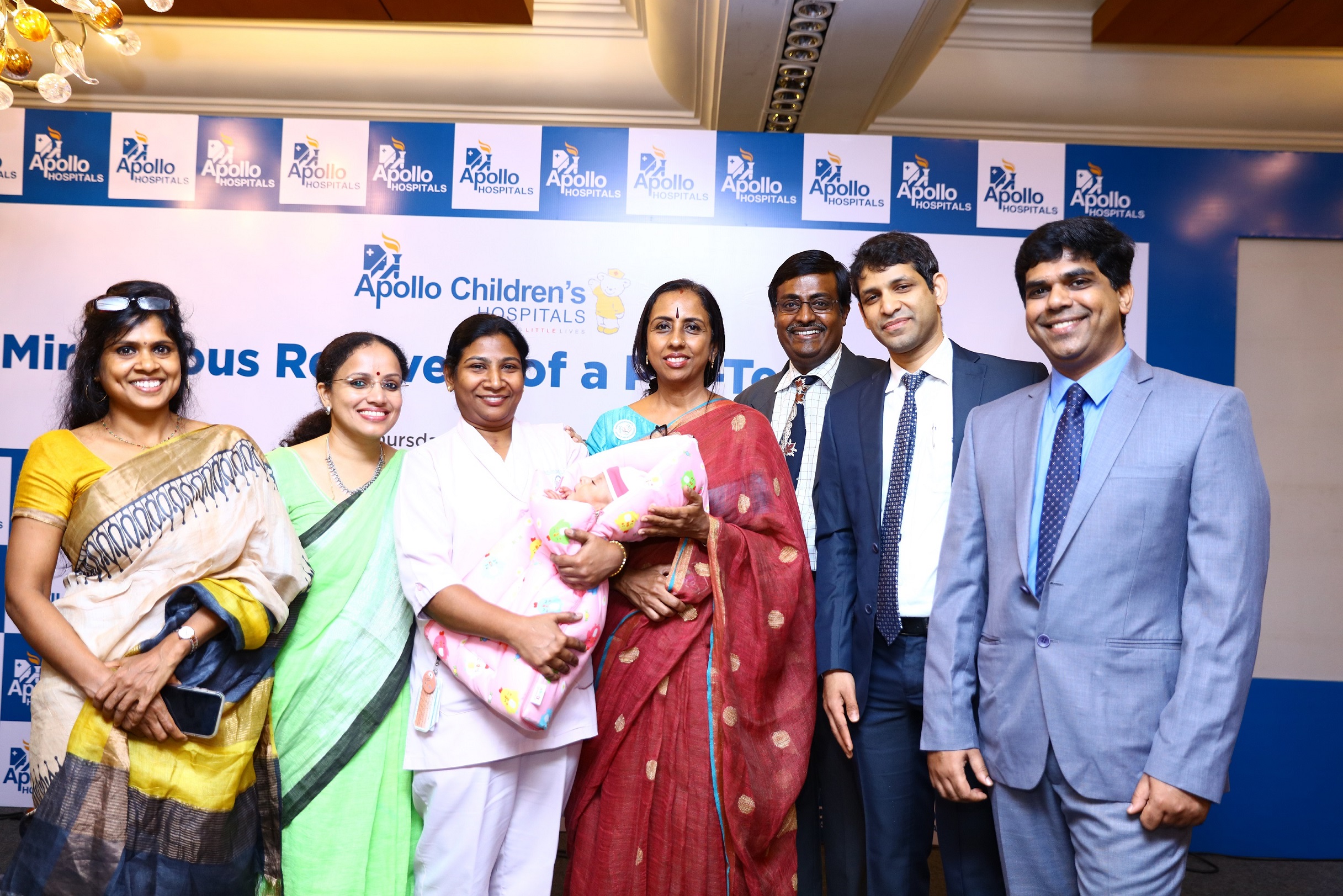 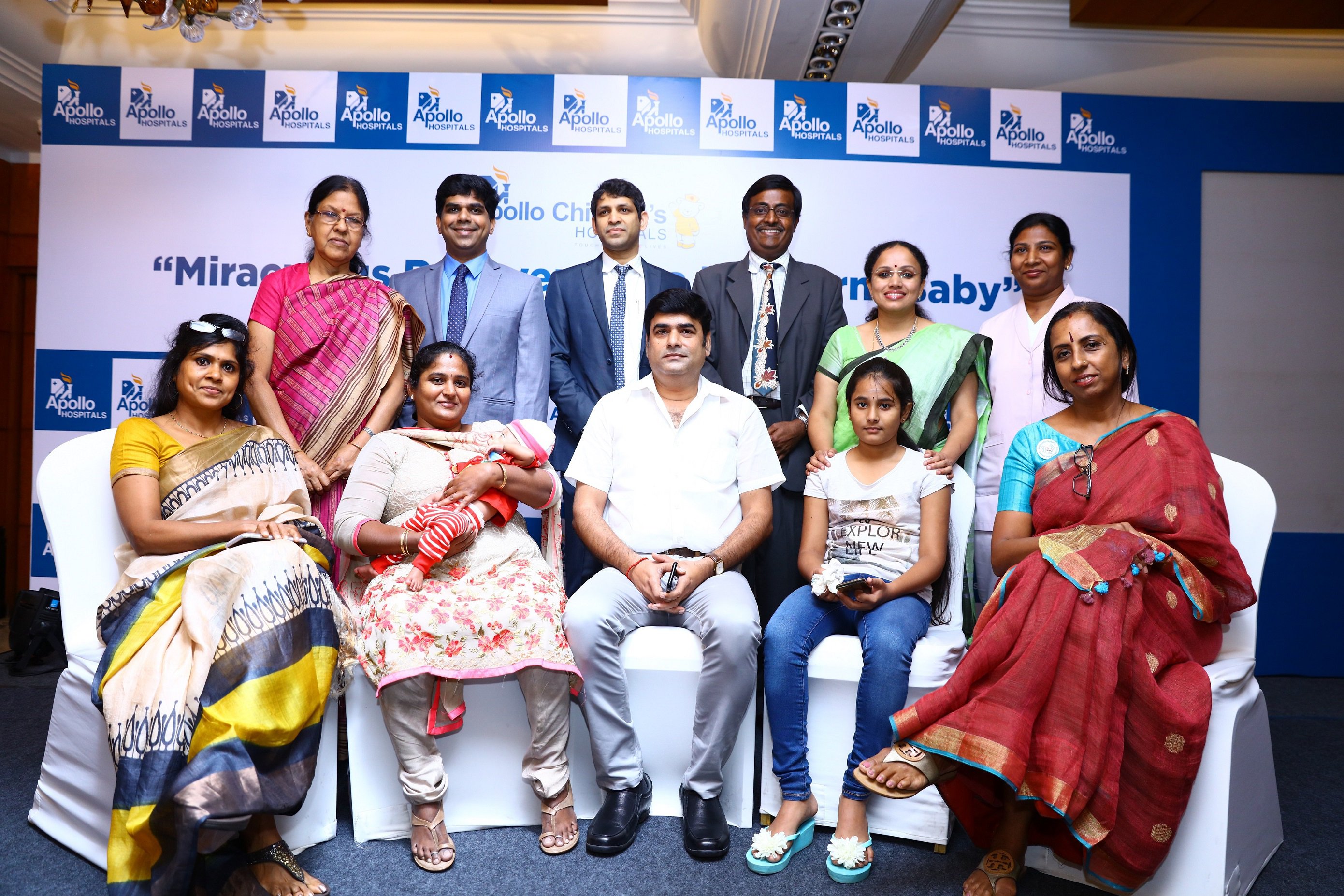 Gayatri a resident from Tambaram, Chennai delivered a pre-term boy baby at Apollo Children’s Hospital in November 2018. Little did she know that the baby would have to fight to keep alive. Baby Nethran was first diagnosed with a hole in the heart followed by sepsis, recurrent lung collapses, rare cancerous tumour in the Liver and abnormal fusion of his skull bones.
Dr. Latha Kanchi Parthasarathy, Consultant Neonatologist, Apollo Children’s Hospitals along with her team played a crucial role in Nethran’s care through a eight month battle. Nethran underwent a series of procedures and chemotherapy at the Apollo Children’s Hospital throughout his treatment period
Nethran was born on 9th November 2018 in Chennai as a pre-term baby within eight months of conception. He was under the ventilator as his lungs were still in the development stage and he had a hole in the heart. His lungs were very delicate and kept collapsing repeatedly. He also developed the first sepsis attack which was curtailed with antibiotics. A routine ultrasound revealed an abnormal mass in the liver, which kept enlarging during the course of the treatment. On further investigation, a CT scan showed the possibility of a malignant tumour or a benign vascular mass, which turned out to be a Hepatablastoma (a rare cancerous tumour) post biopsy.
“To fight against this, we started chemotherapy, as we aimed to shrink the tumour before the liver surgery. Unfortunately, on the other hand the congenital hole in the heart was causing additional problems. The blood entering the heart was flowing too much into the lungs through the hole, increasing the pressure to dangerous levels. We had to interrupt the chemotheraphy, and the child had to immediately undergo open heart surgery. Post-surgery, the lungs were still very fragile and were continually collapsing. To worsen the situation, the child developed sepsis again, which put the baby in a life-threatening situation.” Said, Dr. Latha Kanchi Parthasarathy, Consultant Neonatologist, Apollo Children’s Hospitals.
She added, “The baby did not give up and continued to fight, which motivated us to give it our best. After a month from his cardiac surgery, we removed the right lobe of his liver along with the tumour. He again suffered a third sepsis attack which we cured by antibiotics. Continuous treatments gave us very positive improvement in the baby’s condition. To put more pressure on the treatment, his skull started fusing prematurely, causing an abnormal head shape (like a cone) increasing the pressure within his brain. To cure this we performed a cranial surgery .
His last cycle of chemotherapy was completed on 4th of July and ever since there has been positive results and Nethran was discharged.