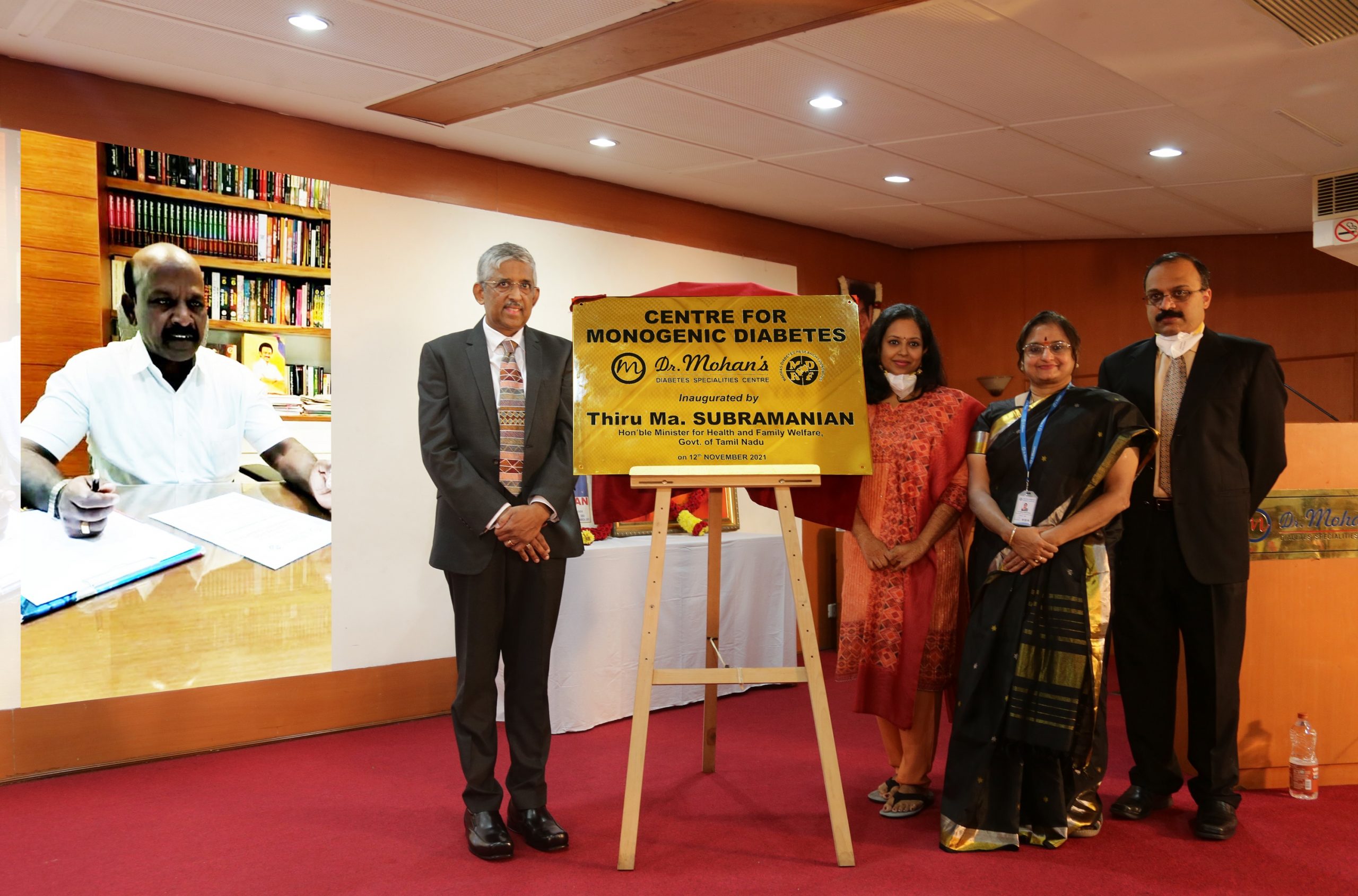 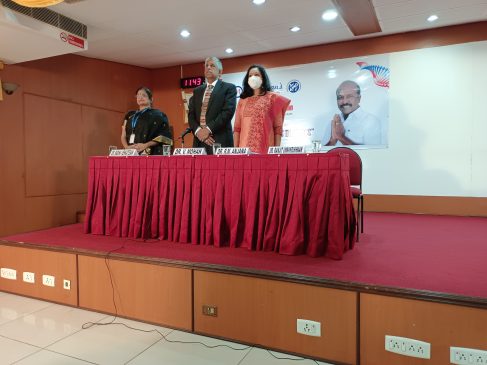 Honourable Health Minister Thiru Ma. Subramanian lauded Dr. Mohan’s Diabetes Specialities Centre’s unwavering endeavour over the past three decades towards diabetes treatment and care and said Tamil Nadu was proud to have a Centre of Excellence for Monogenic Diabetes

Speaking about Monogenic Diabetes, Dr. V. Mohan said, “Monogenic Diabetes refers to forms of diabetes caused by a mutation in a single gene. While there are several forms of monogenic diabetes, the two commonest forms are called Maturity Onset Diabetes of the Young (MODY)and Neonatal Diabetes. MODY affects children or youth, and family history of diabetes can be traced to three or more generations. There are several subtypes of MODY, and many of these can be controlled with tablets. In such cases, insulin injections can be stopped, and thetablets often work better than insulin. Dr. R.M Anjana Managing Director, Dr. Mohan’s Diabetes Specialities Centre said “Neonatal Diabetes affects children below 6 months of age and is due to genetic defects in pancreatic insulin secretion. These defects be corrected by giving antidiabetic tablets like sulfonylureas which are inexpensive”.

Dr. Ranjit Unikrishnan Vice Chairman, Dr. Mohan’s Diabetes Specialities Centre added “In many cases, children with MODY and Neonatal Diabetes are wrongly diagnosed to have type 1 diabetes and prescribed lifelong insulin injections. By doing a simple genetic test, if monogenic diabetes forms which respond to tablets are diagnosed, such children may stop insulin and be treated with tablets. It’s like a miracle for them.”

Dr.Radha Venkatesan, Head of Genomics at MDRF added, “ The Centre will use Sanger sequencing, a ‘first generation’ DNA sequencing method, which holds an important place in clinical genomics. It allows doctors to read the human DNA code and understand how particular sequence variations influence the risk of conditions such as monogenic diabetes”.

The Centre for Monogenic Diabetes has been set up to identify all such children who may be having monogenic forms of diabetes like MODY or Neonatal Diabetes. The Madras Diabetes Research Foundation is recognized as a Centre for Advanced Research in Diabetes by the Indian Council of Medical Research (ICMR). It has been recognized as a nodal centre for Monogenic Diabetes in India and patients are referred from all over India to the centre to rule out monogenic diabetes.

Dr Mohan further added, “In line with our continuous endeavour towards diabetes care and cure, we have also launched the Monogenic Diabetes Registry of India, the first nationwide registry of individuals affected by monogenic diabetes. The purpose of the registry is to track and study the monogenic forms of diabetes on a long-term basis, to understand the genetic patterns in the families and to deliver optimal therapies for each patient according to their correct etiology. As a part of this, we perform genetic testing for patients affected with monogenic forms of diabetes and for their families.”