SRM IS RAGGING FREE, BUT SETS UP MONITORING PANEL AS PRECAUTION Kanchipuram

Jun 24, 2019 BUT SETS UP MONITORING PANEL AS PRECAUTION Kanchipuram, SRM IS RAGGING FREE 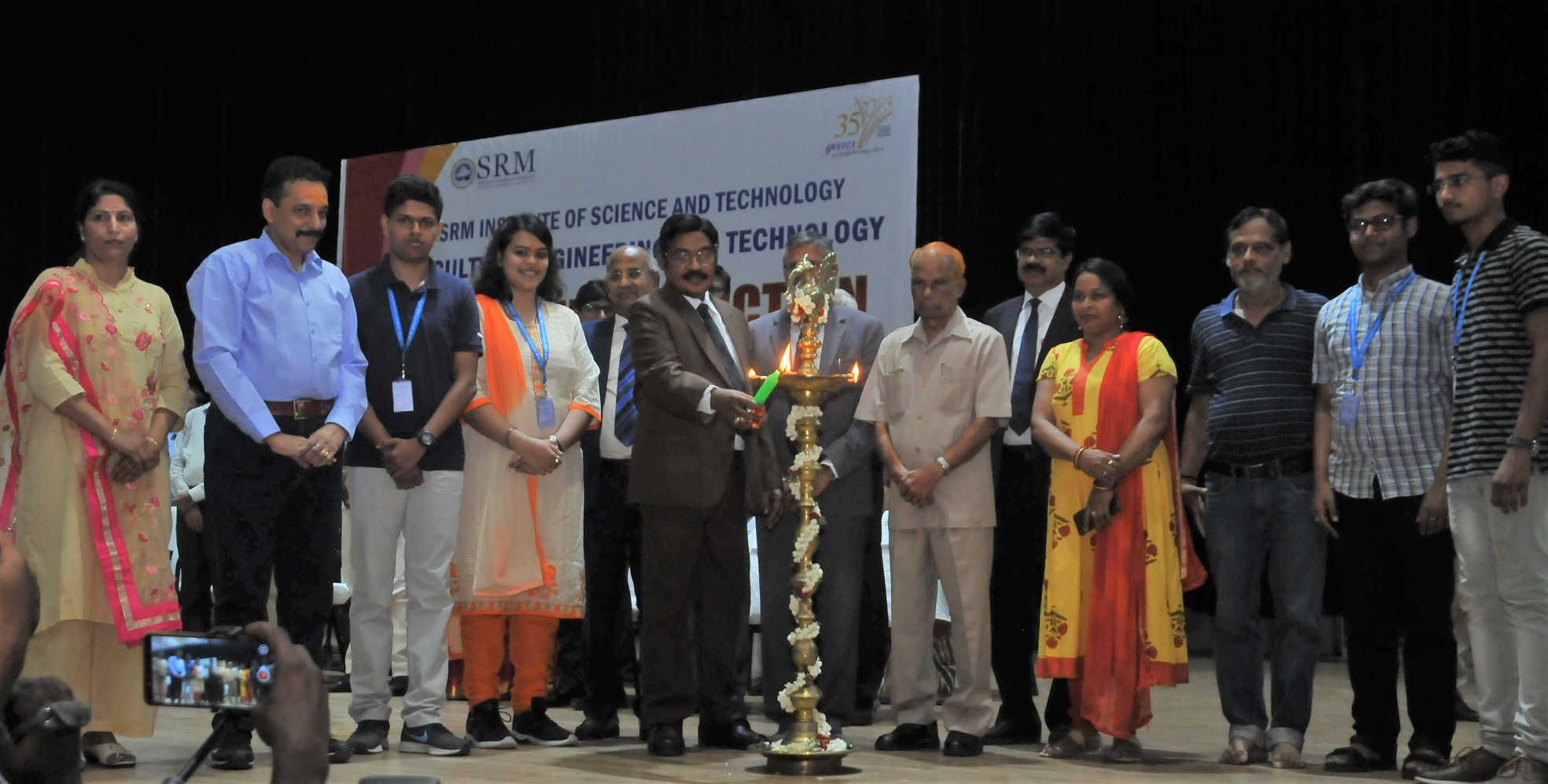 SRM IS RAGGING FREE, BUT SETS UP MONITORING PANEL AS PRECAUTION
Kanchipuram, June 24: On a day that over 5000 freshers were inducted in different courses at the SRM Institute of Science and Technology, parents from different parts of the country were assured that there was no ragging on the campus and their wards were quite safe to pursue their academic studies without worry. 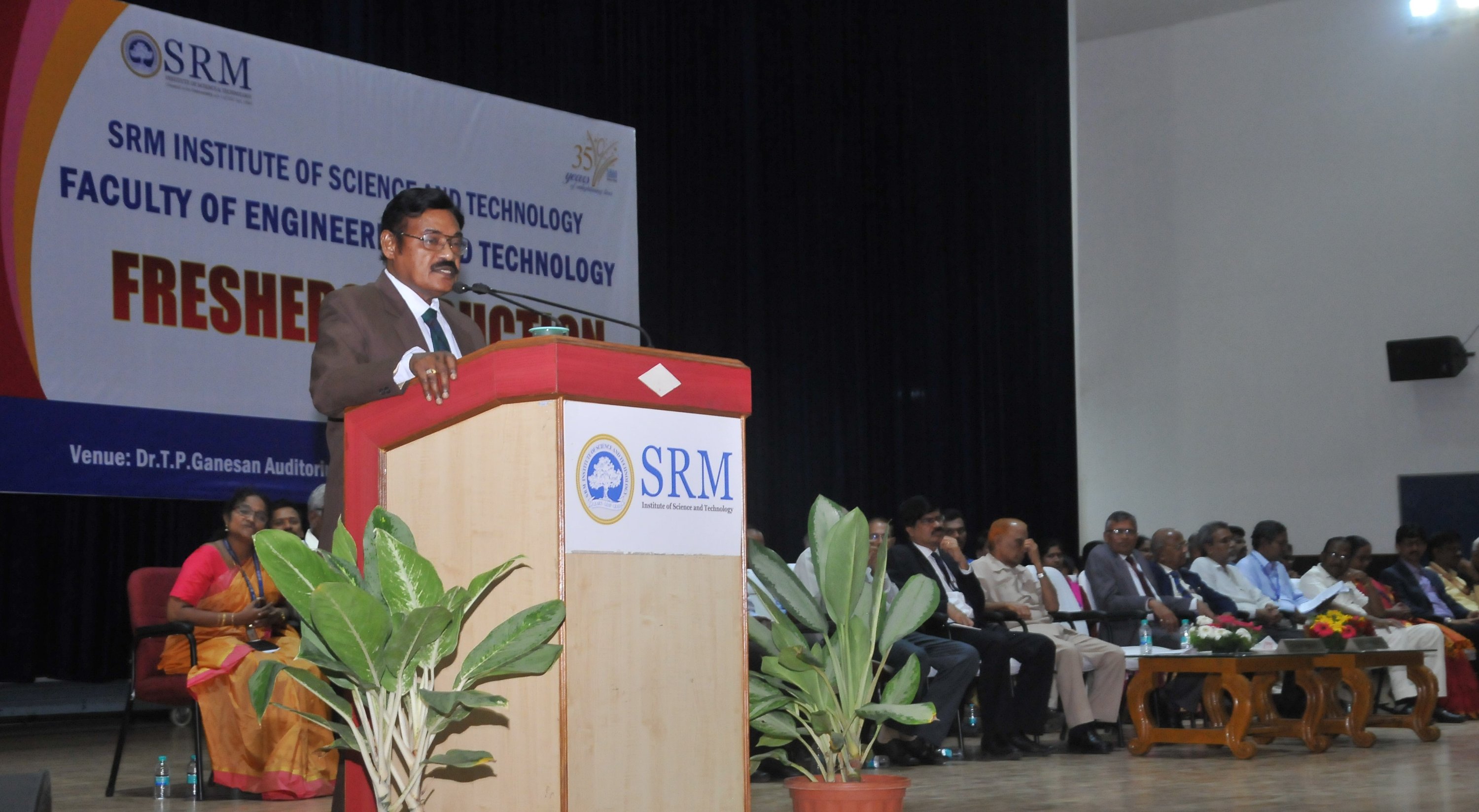 Although SRMIST is ragging-free, it has been decided to form an anti-ragging committee as a confidence building measure, the Registrar Prof N Sethuraman told the packed audience of aspiring students and their parents at the freshers’ induction programme held at the T P Ganesan Auditorium, believed to be one of the largest of its kind in Asia.
The initial reference to the retrograde practice of ragging was made by SRMIST Vice Chancellor Prof Sandeep Sancheti who spoke among other things about the do’s and don’ts for students while welcoming them. He pointedly said they should not indulge in ragging or abuse of substances reported from some colleges. He also had advice for parents saying they should keep a vigil on their wards as well and adopt a friendly attitude of understanding problems that may be faced by their sons or daughters during their initial years on the campus.
Emphasizing that there was a significant 7 per cent investment in R & D in SRMIST, he urged students to make full use of state-of-the-art facilities for research at SRMIST to experiment and innovate as their objective should be to go beyond their standard curriculum to emerge as entrepreneurs and trail blazers. While 75 per cent attendance was necessary to qualify for examinations, he advised freshers to aim for 100 per cent attendance to derive the full benefit of knowledge and guidance from their teachers. “Even if you already have knowledge of some subject matters, you should be patient and help other students,” he said. Ultimately, it was important for students to become better human beings apart from excelling in studies.
Delivering the inaugural address, Founder Chancellor and newly elected Lok Sabha member Dr T R Paarivendhar remarked that he felt guility for taking leave from Parliament to attend the freshers induction programme. Dr Paarivendhar explained his initial feeling of guilt to skip Parliament even for a day came as he was new in Lok Sabha and had been generally urging students to ensure 100 per cent attendance at SRMIST. But a meeting with Prime Minister Narendra Modi in Delhi had changed his mind. “On Thursday, PM Modi saw me and putting an arm around my shoulder asked me, ‘How is our Universtity?’ Then the idea came to me that I should take leave of absence from Parliament to attend this programme to welcome the students,” he added.
Assuring students about their placement in jobs after they completed their courses, he said once they had an SRM brand tag, they did not have to worry on this score. Alluding to the PM’s ambitious plan to generate 2 crore jobs every year since 2014, he noted that while this was not achieved, he could assure that SRMIST could do its bit to ensure job placements for students. He said it was not enough for students to be computer literate as they had to be competitive as well to succeed. He stressed that a degree alone was not sufficient and students should aspire for extra knowledge in their respective areas of studies. With 20,000 students in its hostels, SRMIST was more or less like a municipality, he observed adding, discipline should be maintained by students. Noting that there were three lakes and hills near and around the campus which also had a medical college and hospital, he said students should use this ambience to improve their knowledge, health and lifestyle to become good citizens.
Among those present were Vice Chancellor Prof Sandeep Sancheti, Pro Vice Chancellor Dr T P Ganesan, Registrar Dr. N Sethuraman, besides Deans and Directors. Engineering and Technology Director Dr. C. Muthamizhchelvan proposed the vote of thanks.
The induction programme ended with a feedback session wherein four parents took the mike to explain why they chose to admit their wards in SRMIST.

VELAMMAL STUDENT SHINES IN KARATE AT THE NATIONAL LEVEL

VELAMMAL STUDENT SHINES IN KARATE AT THE NATIONAL LEVEL