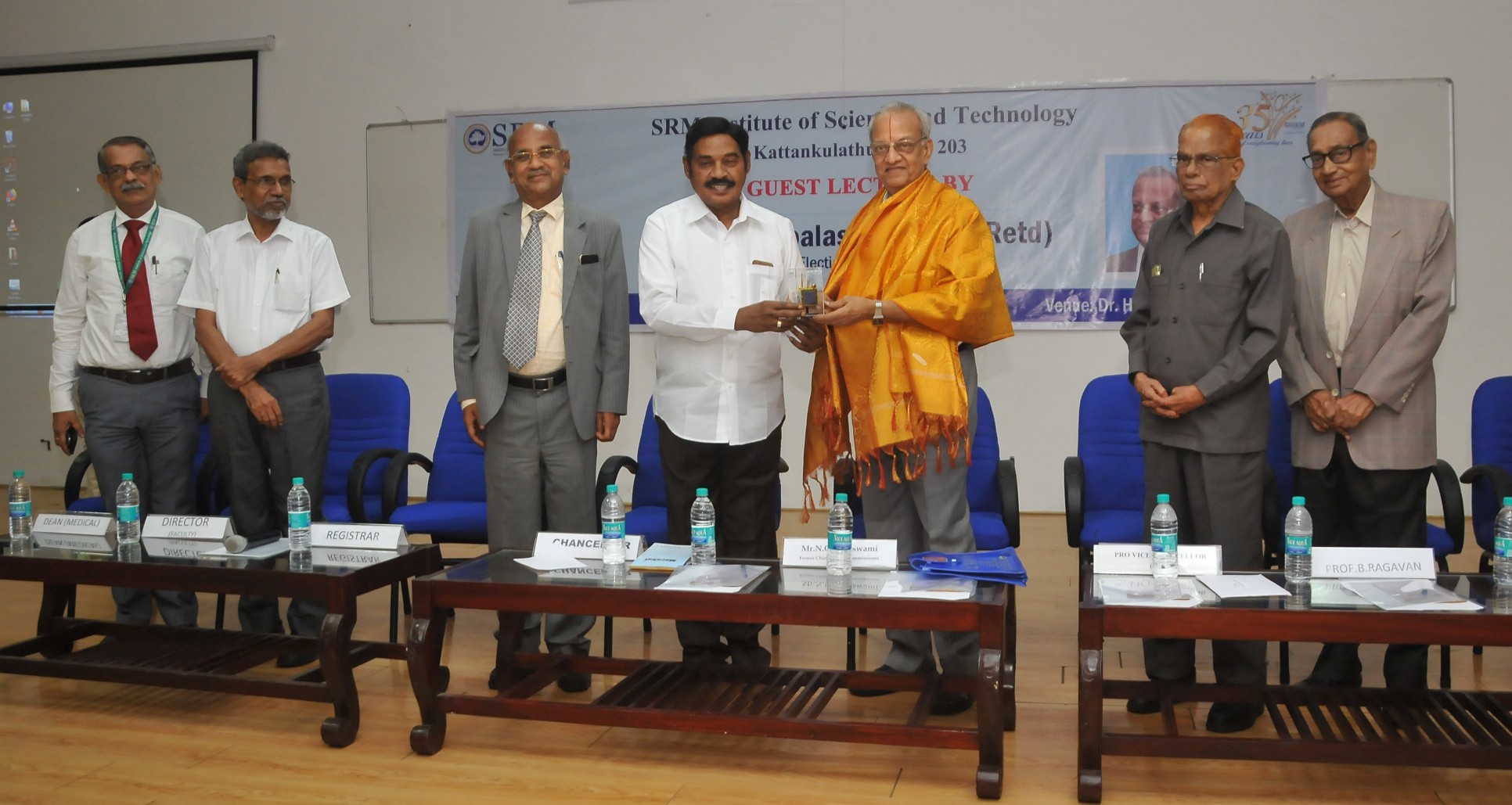 Taking a dig at winners in the recently concluded Lok Sabha elections who had made an issue of so-called rigged Electronic Voting Machines (EVMs), former Chief Election Commissioner N Gopalaswami observed that these critics had fallen silent now and gave praised the ‘Janata Janardhan’ (supreme public mandate) for their victory. 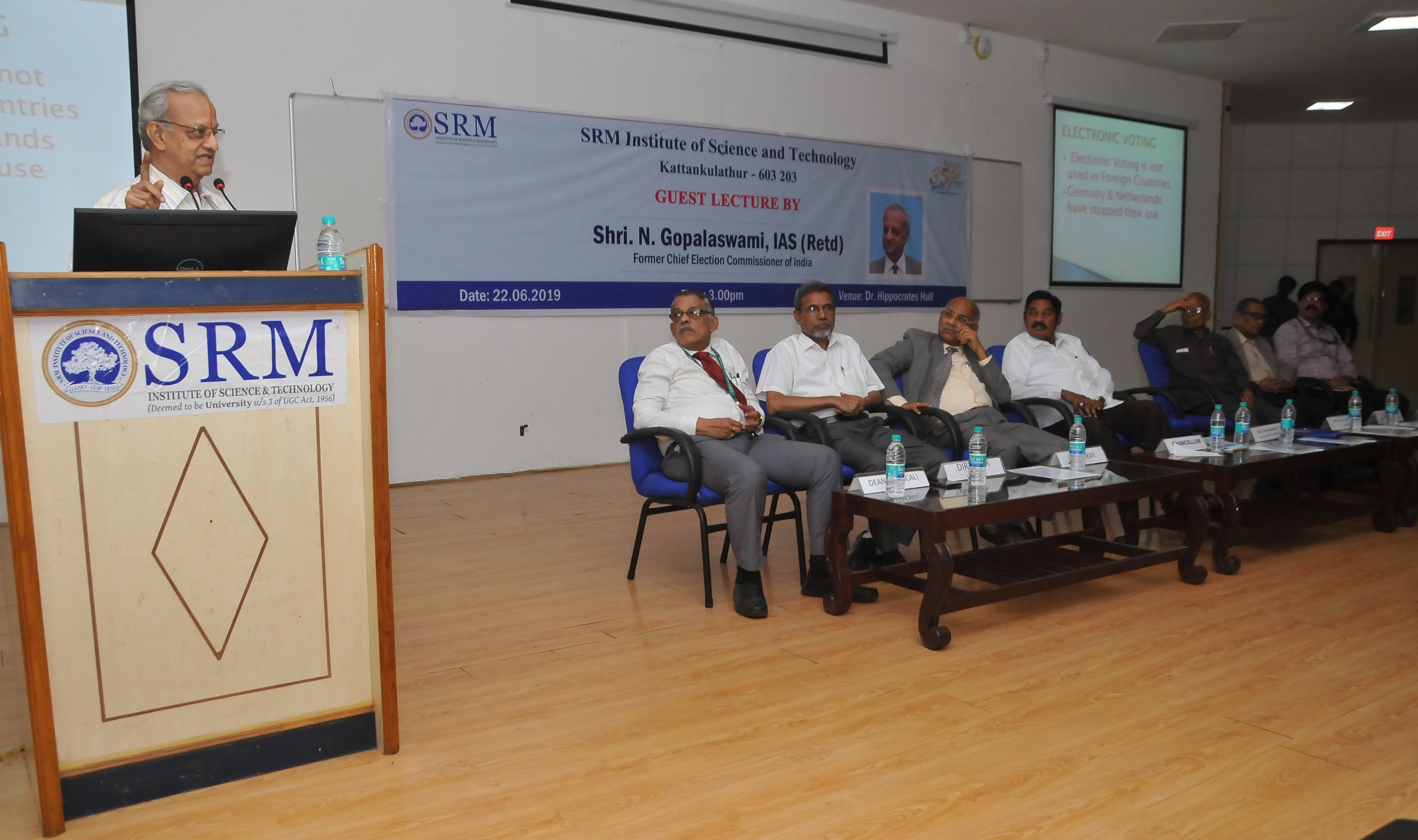 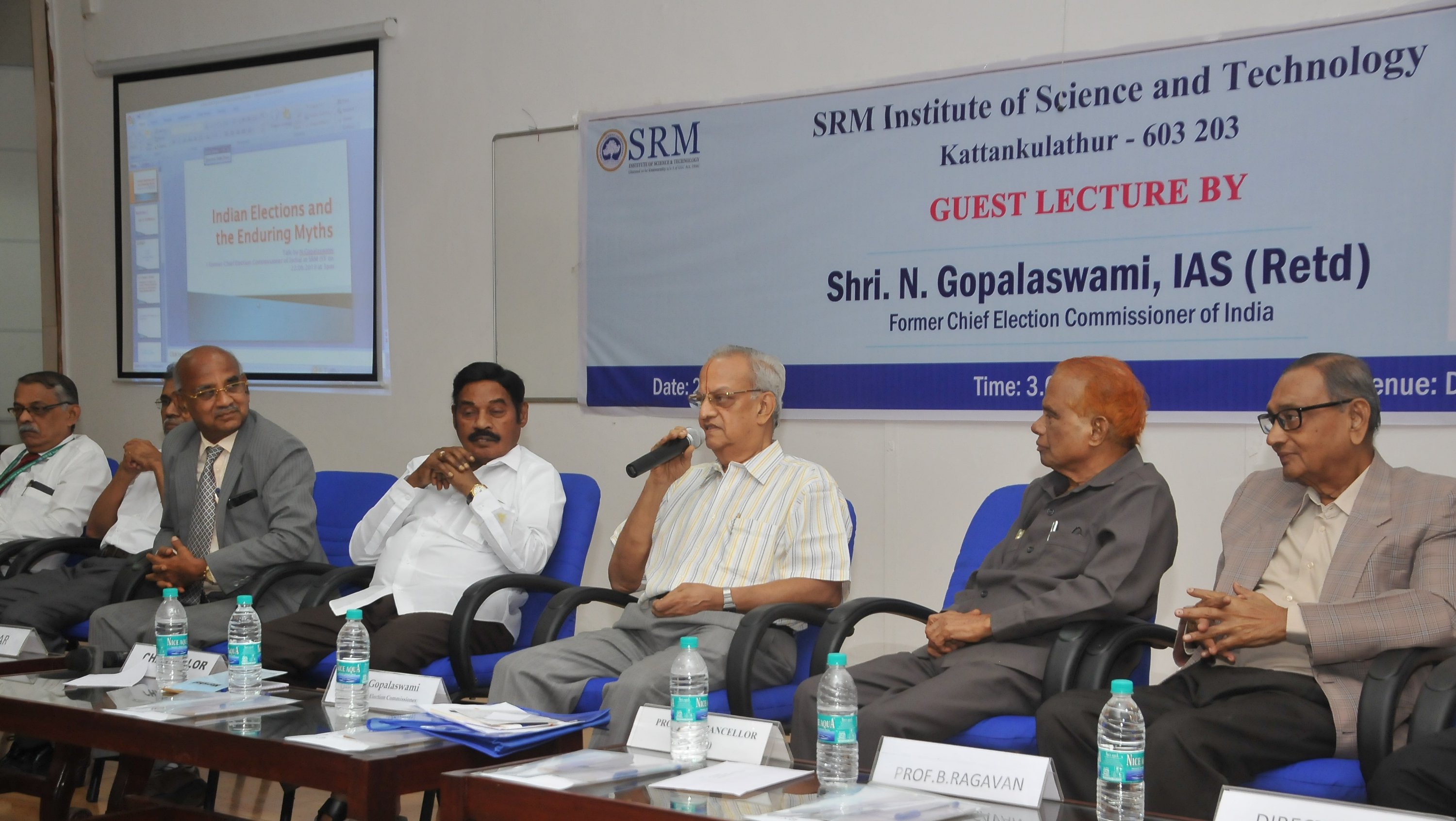 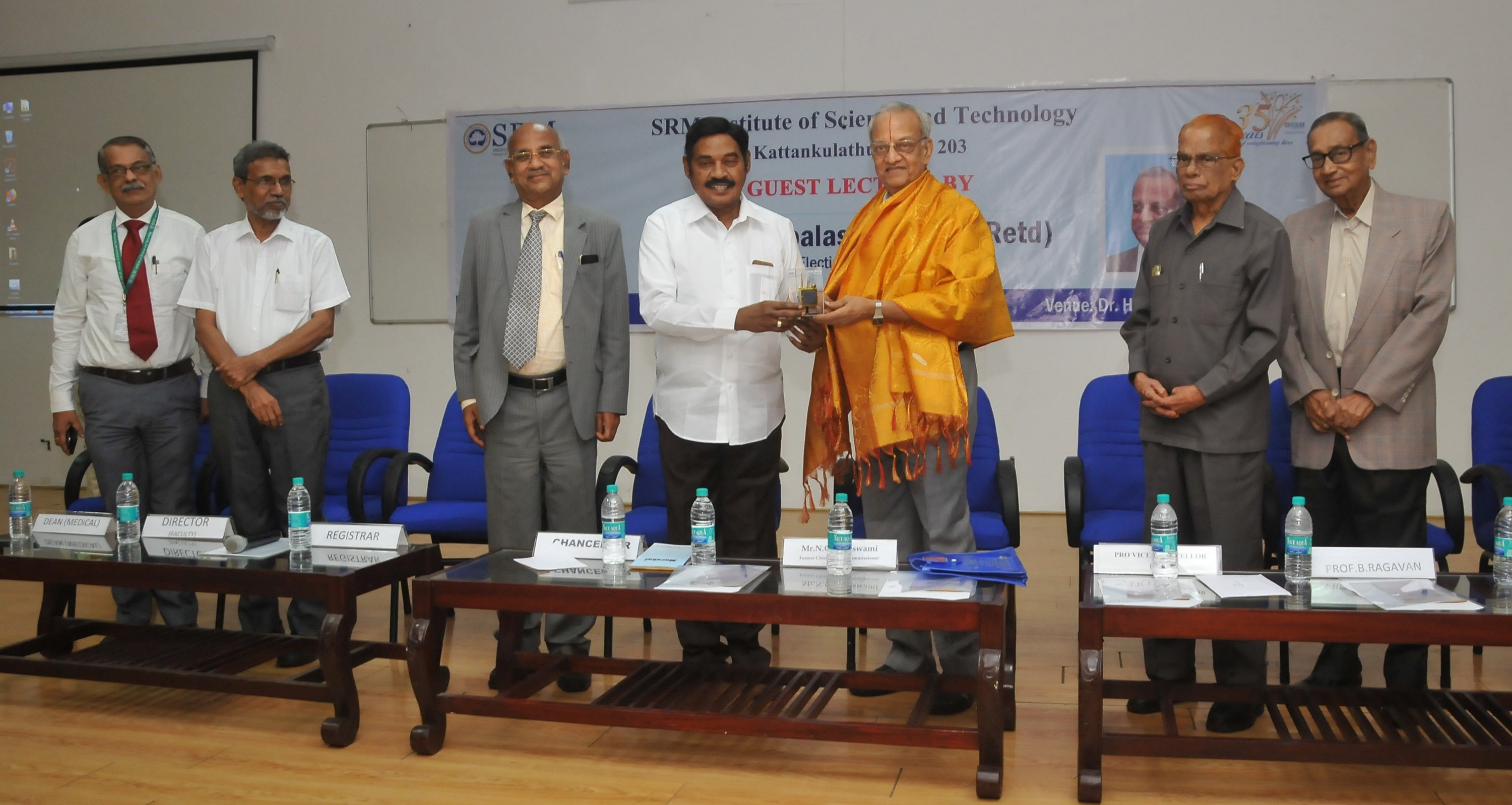 Speaking on ‘Indian Elections And Enduring Myths” at the SRM Institute of Science and Technology on Saturday, Gopalaswami remarked in lighter vein spiced with sarcasm that leaders who contested from two constituencies, winning one seat and losing the other, should now ponder which EVMs in which booths were tampered with.

SRMIST founder chancellor and MP, Dr T R Paarivendhar said the lecture was the first in a series planned by the institution to spark public debates on burning issues.

The veteran bureaucrat who had supervised the 15th Lok Sabha elections flayed the rampant “fake news” relating to the EVMs over the years even though they were “stand alone machines” not connected to any online system. This fake news had created one of the biggest myths of Indian democracy that EVMs were tamperable and could be meddled with.

He recalled that Punjab Chief Minister Capt Amrinder Singh had challenged the use of EVMs in the state’s high court in 2002 but trials failed to prove his charge and he had fallen silent after he won. In 1982 one contestant had challenged EVMs in the Kerala high
court but the court did not agree. He said BJP spokesperson G V L Narasimha Rao in a book in 2009 had faulted the EVMs for the party’s defeat and Dr Subramaniam Swamy had cited US experts to claim that EVMs could be tampered with. However, the matter could not be proved. Later a US expert at a gathering in Chennai had emphatically said that stand alone machines could not be tampered with.

He said the latest trend of demanding Voter Verifiable Paper Audit Trails attached to EVMs had also not put the controversy over EVMs at rest. “VVPAT has come but the allegations have not stopped,” he observed. Other myths related to EVMs included suspicion that
software in the machines could be hijacked or made to behave in a particular way and that this was possible because EVM chips were manufactured in Japan. An AAP leader in Delhi had prepared a machine to show that first ten votes for a candidate would ensure that all
other votes would be recorded in his or her favour. But this was not an EVM checked by the Election Commission. The EC has very strict methodology to monitor how EVMs record votes and a series of steps to verify the fidelity of these machines, he added. Yet rumours are
floated regarding EVMs come election time. Gopalaswami said perhaps ”New EVMs would have to be manufactured to settle the myths over EVMs.”

On the proposal by the Modi government for One Nation, One Election, Gopalaswami said the EC had conducted simultaneous elections to state assemblies and the Lok Sabha in 1951-52, 1957, 1962 and 1967 and there was no reason why it could not be done again. “This will require constitutional amendments but that can not be a hurdle,” he said “But will we do it, I have my doubts,” he added.

Gopalaswami said One India, One Election would cut down time and costs. The issue was not whether Modi would be elected for the next five or ten years but how best if would serve the national interest.

Replying to queries from the audience of academics and students, he said India was still a fledgling democracy with tendencies for violence that made it necessary for huge deployment of para-military forces. He said very few police were deployed during elections in US,
Maldives and Sri Lanka as citizens were committed to free and fair polls. “I hope one day this can be possible in India,” he said.

He lambasted the vote for money culture in Tamil Nadu as demeaning the glorious ancient Tamil civilization. In contrast, in Kerala if money is offered to voters, the offenders would be beaten up.

On a suggestion by the founder chancellor of SRMIST and Lok Sabha MP, Dr T R Paarivendhar that voting age should be reduced from 18 to 16, Gopalaswami urged him to introduce a private member’s bill in the House in this regard.

He urged students from other states to register as voters in TamilNadu instead of having to travel back home to their respective states to exercise their franchise.